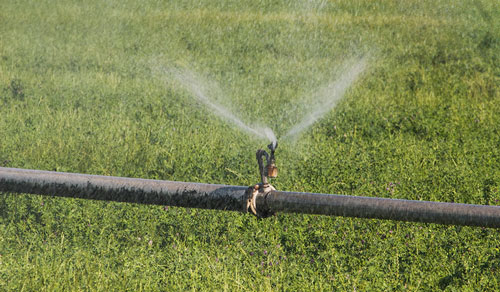 The days of "survival of the deepest" farm wells are heading for extinction in California.

Earlier this month, Governor Jerry Brown signed historic legislation requiring local water agencies to set up plans that ensure consistent replenishment of the state's more than 500 groundwater basins. All options are open, including limiting and prohibiting pumping if necessary.

It is a monumental change for farmers in the nation's largest food-producing state, since everyone had previously been able to use as much groundwater as they wanted without any oversight. Those days will now end, although full implementation will take up to 25 years in some areas.

The law is built around mandatory establishment of replenishment sustainability plans for all groundwater basins, which will be classified as high, medium or low priority. Their focus will be to ensure regular replenishment of groundwater levels, even if it means reducing or prohibiting pumping altogether.

The requirement goes into effect in 2020 for basins that are now "overdrafted" (more groundwater goes out than comes in), and by 2022 for all others. High- and medium-priority basins must reach replenishment sustainability by 2040.

Local water agencies will be in charge of developing, implementing and overseeing the plans. For those unable to stabilize declining groundwater levels, the state will have authority to step in and take over.

The implications for California farmers figure to be sweeping, and in some cases could be business-ending. Mandatory installment of usage meters on wells looks obvious. Eventual establishment of volume-based usage fees would come as no surprise whatsoever.

Less total food production, without implausibly massive upgrades in the state's dams, reservoirs and other surface water infrastructure, also seems inevitable - although how and where that shortfall will be made up was, of course, not addressed in the legislation.