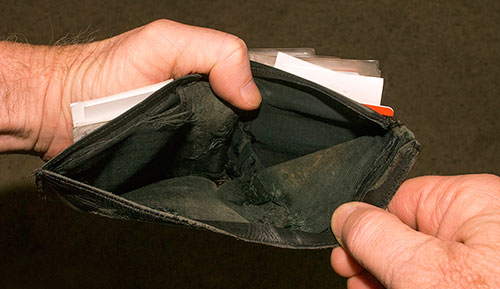 Dairy owners' financial health isn't what it may appear to be.

While 2014 was one of the best profit years in history for milk producers; it masks a dangerous trend of continued borrowing and rising debt that is generally needed to stay in business.

Just servicing that debt – paying only the interest – is often a challenge. Years that are good enough to pay down some principal, like 2014 was, don't happen often enough to allow producers to eliminate it.

The result, says the managing partner of the largest dairy accounting firm in the country, is that many dairy owners can't pay their bills each year without new loans, and few can afford to make large capital expenditures and new technology without borrowing.

"It was an exceptional year in 2014, probably one of the best ever," said Gary Genske of Genske, Mulder and Company. "It brought back part of what was lost in 2009 and 2010, although not all of it.

"But what it also did was extend farmers' slow death sentence. It gave them another reprieve in what has been a long trend of too-low milk prices that keep them alive, but forces them to take on new debt just to stay even with where they are."

He says 2015 is another money losing year for most dairies that will need to do more borrowing. He emphasizes that dairies are no longer able to invest in major new equipment and technology out of cash flow, and without the likelihood of reasonably profitable years in the future, more and more bankers are backing away from financing dairy producers altogether.

"When you are not making money, you can't do any capital improvement projects, you have to use baling wire to keep your place going," says Genske. "You either pay for improvements and repairs or you pay for the feed bill – but you don't have money to do both.

"The infrastructure of dairies is gradually declining to a point where if we don't have sustainable milk prices for a few years in a row, dairies are going to start losing productivity because they don't have the money to sustain these older facilities.

"It's the same thing as underfeeding cows. You can get away with it for a while, but eventually they lose body weight, production drops, and health declines," he warns.