Can SCCs go too low? 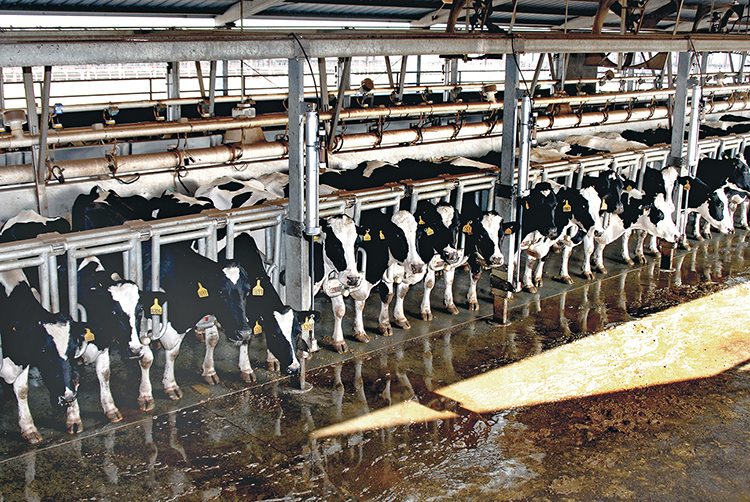 As “Department of Obvious” dairy questions go, this one ranks pretty high. It’s also one that seems to intrigue dairy scientists tremendously more than it does dairy farmers.

Just for fun, I’ve posed it to a few milk producers over the years. The gist of their answers, which usually came with an “are you crazy?” look, boil down to, “not on my farm they can’t.”

When it comes to SCC, less is more in the wallets of dairy owners, whether it results from more milk production, lower treatment costs, less culling, higher fertility, or other downstream benefits of lower mastitis.

Still, “Can SCCs go too low?” is a question that surfaces periodically at dairy conferences, as it did July 20 at the 2017 Regional Meeting of the National Mastitis Council in Boise, Idaho. Longtime Washington State University mastitis researcher Larry Fox had a very short answer: No.

He said the steady and impressive decline in annual U.S. bulk tank SCCs is probably what keeps the question alive.

According to the USDA Animal and Plant Health Inspection Service, the average SCC of all producer bulk tank shipments in Federal Milk Marketing Orders (FMMOs) in 2007 was 298,000. For the first 6 months of 2017, the average in four FMMOs monitored (Upper Midwest Order 30, Central Order 32, Mideast Order 33, and Southwest Order 126) was 195,000. In the Mideast Order alone it was 174,000.

Fox pointed out that some somatic cells are always present in a cow’s system and are helpful — “surveillance cells” that are on the lookout for infection and will trigger an immune response if some is found.

“It appears that the primary immune factors are not the number of cells present prior to pathogen entry, but the speed and number of those cells that can be mobilized to the mammary gland,” he said.

“What is not known is what the optimum level of surveillance somatic cells is,” he added. “Research data from 2003 might suggest an SCC of 21,000 to 100,000 is sufficient and perhaps optimum for protection against clinical mastitis.”

Fox said while the question of whether cell counts can get too low is not one that should be ignored, “At this point, it’s not one that we should spend a lot of time worrying about.”
To comment, email your remarks to intel@hoards.com.
© Hoard's Dairyman Intel 2017
August 7, 2017
Subscribe to Hoard's Dairyman Intel by clicking the button below
Related