Wisconsin is gaining fast on California 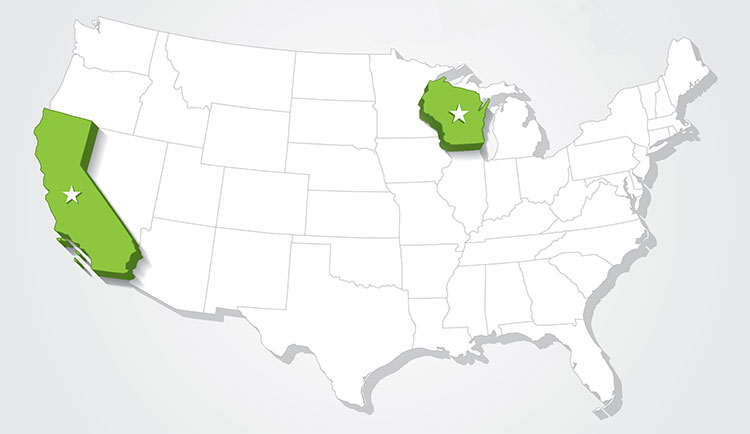 When California took over as the nation’s biggest milk-producing state in 1994, it ended at least a 70-year run as number one for Wisconsin. (USDA records start in 1924, and Wisconsin outproduced number two New York that year by nearly 50 percent.) California became the leader in dairy cows in 1998.

Over the next decade, California widened its lead dramatically in both categories. The high watermarks came in 2008 at 16.73 billion pounds and 592,000 cows.

But things have changed a lot since then — slowly at first, and much more rapidly of late. In 2016, California’s lead over Wisconsin had dropped to 10.35 billion pounds and 483,000 cows.

Those are still huge advantages, but a trend is clearly underway — one that says Wisconsin may be on track to eventually be the top dairy state again.

Why is it closing the dairy gap on California? There are two key reasons:

The first is California’s dairy industry is struggling. Its decline in dairy numbers is accelerating and, unlike in the past, cows are tending to leave the state rather than going to other California herds.

The second and by far biggest reason is production per cow, of which there are two parts.

Part one is a myriad of weather, financial, feed, and other challenges that are hobbling production per cow in California. From 1993 to 1995, it had the highest state average in the U.S. But in 2016 its production dropped for the fourth year in a row and was just barely above the national average.

Part two is Wisconsin is on fire. For decades its production average was slightly to moderately below the national average. But not any more. Per-cow production has gained 473 pounds per year the last decade, has been over the national average two years in a row, and ranked 9th nationally in 2016. California, by comparison, was 12th.

As seen below, when California took over as the top milk state in 1994, its lead over Wisconsin was 5,438 pounds per cow. But in 2016 California was 584 pounds behind Wisconsin: