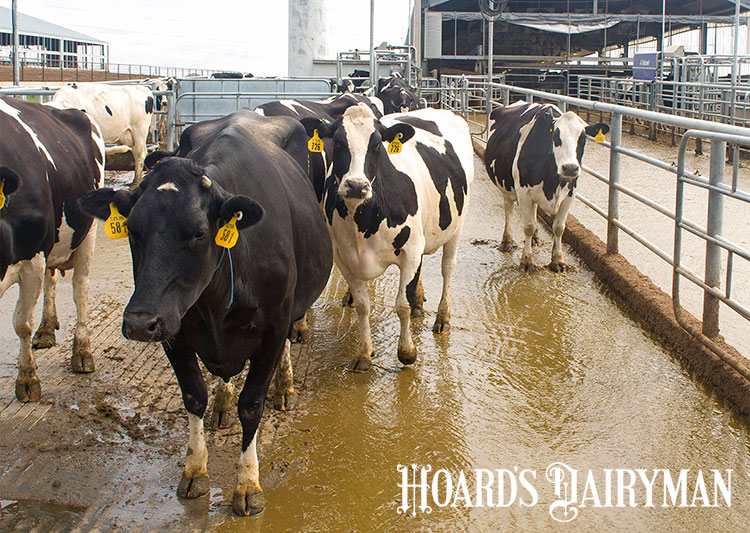 But things have been quite a bit different in the Pacific coast states. As seen in the accompanying tables, Washington, Oregon, and California are going in the opposite direction.

California’s production decline started well before 2017. In fact, August was the 30th drop in the last 33 months, and total output so far this year is 478 million pounds less than in 2016. But it should be noted that July and August were down just 7 and 24 million pounds, respectively, perhaps a sign that things are leveling off.

Fewer cows is one reason for California’s retreat; numbers have fallen 33 straight months. But there is data indicating that an increase in the number of Jerseys — at the expense of Holsteins — is also a factor. I’ll look at that in an upcoming issue of Hoard’s Dairyman Intel.

The situations in both Oregon and Washington are different. Oregon State University Professor Emeritus and longtime Extension Specialist Mike Gamroth points out that Oregon set an all-time record for milk production in 2016, and cow numbers tied the record set in 2015.

“It looks to me that we are settling back to normal; we are generally ahead of 2015,” he said.

Washington also set an all-time milk record in 2016, and its cow numbers were just 1,000 head under the record set in 2015. So, it may be that Washington is simply taking a breather this year, too. 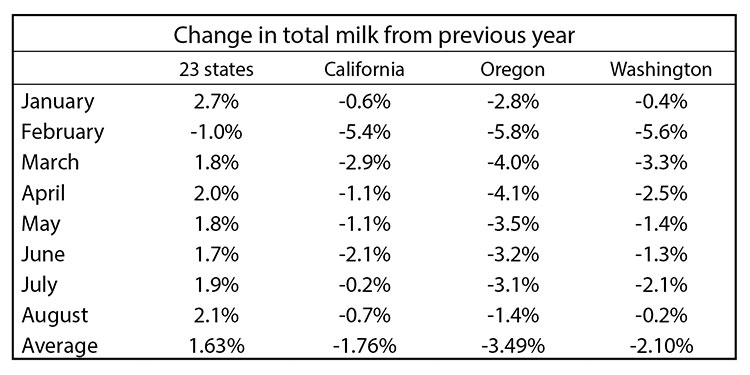