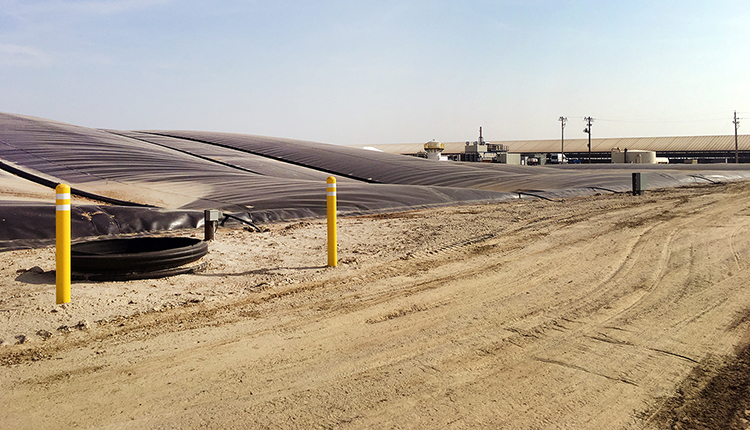 Slowly but surely, California dairy farms are helping to reduce some of the state’s greenhouse gas (GHG) emissions.

Much has been written about methane digesters on large dairies, perhaps giving the impression they are common. But, the reality is far more modest.

Take California, for example. Of the 1,331 dairies in the state last year, only 40 — less than one in 33 — had a digester, according to Dairy CARES.

That number, however, is on track to perhaps double starting this year.

The increase was made possible by the state’s just-passed new budget that includes $99 million in grants and cost-share funds to reduce dairy farm methane emissions under the Dairy Digester Research and Development Program (DDRDP) and the Alternative Manure Management Program (AMMP) administered by the California Department of Food and Agriculture (CDFA). The two programs are only 3 years old, but the state has been helping fund digester construction since the early 2000s.

Strong interest
There are plenty of California milk producers who are already in line with emission reduction proposals of their own.

Paul Sousa, director of Regulatory and Environmental Affairs for Western United Dairymen, said DDRDP funding has already put 40 digesters into operation or development. In addition, 63 previously submitted, but not yet funded, AMMP applications are currently being reviewed by the department.

“The state of California is serious about reducing GHG emissions,” he added, “both for the small positive impact it has on global emissions, as well as showing leadership that emissions can be reduced while maintaining California businesses.”

Dairy CARES notes that the digesters already in operation make a yearly reduction in GHG emissions equal to taking 150,000 cars off the road.

It also estimates that existing projects, plus those being developed, will give California over three times as much reduction in methane emissions as any other state. Plus, it says digesters are among the three cheapest GHG reduction programs on a per metric ton basis.