I’ll stop trying when there is no hope 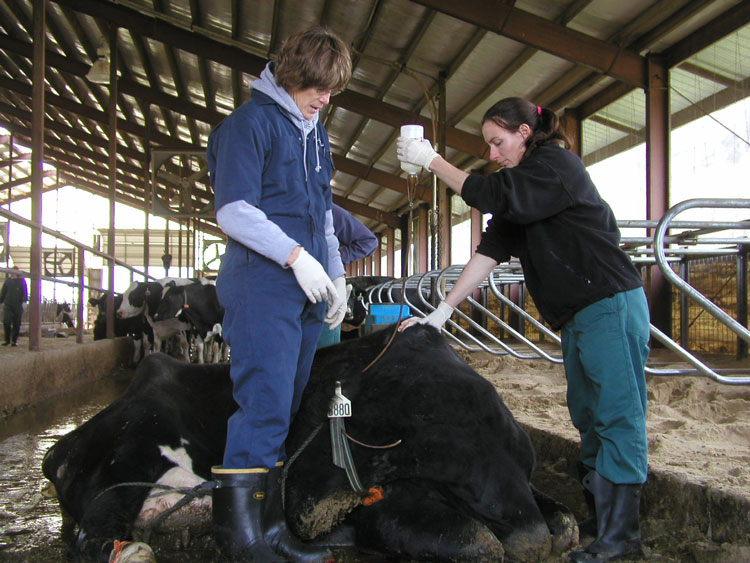 As the Mother Teresa of World Dairy Expo, Sheila McGuirk, D.V.M., has brought many cows back from the brink of death.

“I’m not going to stop trying until I know there is no hope,” she said of one case. And the owners agreed with her. And with that framework, Sheila shared some insight on her favorite patients.

Who is your favorite dairy cow?

Sheila: My favorite cows were the ones that I took care of when they were ill, and especially when they came back and made great accomplishments.

These cows included Supreme Champions, Grand Champions, and other distinguished individuals. There is probably a handful that everyone will recognize. Several of them are tied to World Dairy Expo and were incredible patients. I can remember talking to them and telling one specifically that I had to tube her again, and the cow would just lay her head in my lap. There have been some heroes, and they came back to full health. They had great personalities.

There was one down cow, and by the time she got to me, I couldn’t give her IVs anymore because her veins were clotted. Everyday I would pump her stomach with electrolytes and the medications she needed. One of my resident veterinarians asked me, “When are you going to put that cow to sleep?”

I said, “I am not going to stop trying until I know there is no hope.” The owners agreed with me.

“Once I get these electrolytes on track, and I think she should be able to stand, then she’s going in the float tank,” I told my colleague.

It finally happened, and she got into the float tank. Cows don’t usually like that float tank the first day. The second session is usually the make or break scenario. If the cow hasn’t stood up in the tank on the second session, things don’t look good.

You have to really get after those cows in that second session to make them understand that they just have to stand up. With persistence, and the help of co-workers, that cow finally stood. It was among my most rewarding experiences.

To read more about Sheila McGuirk, click on the title to read the full feature, “The cows brought her to Madison.”

Additional coverage in Hoard’s Dairyman Intel can be found by clicking on the links:

She was a pioneer among veterinarians

Buyers should be our export focus