Dairies have different ways to get there 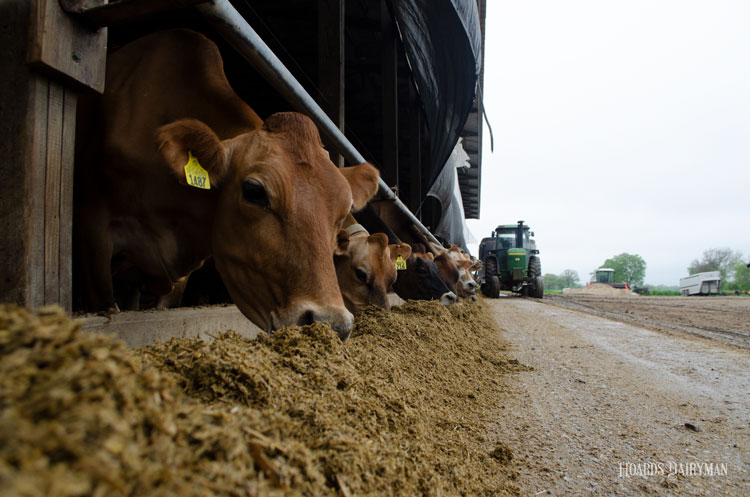 Dairy markets keep showing signs of improvements; all the while, the rest of the economy shows enough worrying signs to get the Federal Reserve Bank to lower their interest rate for the second time in a row. With that said, we all know that the dairy crisis has taken its toll and we now all hope for better days. But how did dairies survive?

Looking at our Wisconsin financial data for the last five years, we find that there were a few different ways to survive. We isolated the top performers over that period (2014 to 2018).

During that time, the average rate of return to asset for the best performing farms was above 4.7 percent. The most interesting part is to look at the composition of that group of top performers. We split them between the smaller herds (less than 200 cows) and the larger herds (more than 700 cows). The graphs below show the different strategies adopted by each group.

Finally, the last two panels contrast the production level of each group and the change in “basic cost.” For the record, a basic cost includes most operating costs such as feed, fuel, supplies, and so forth. It excludes labor costs (paid and unpaid) and capital costs (interest and depreciation). While the smaller herds have lower production per cow, their cost per hundredweight was similar to the top-performing larger herds. One thing that stands out is that smaller farms got a slightly higher milk price on average, while larger herds have fared better during the good times . . . such as 2014. They did so by increasing their cost via purchased feed to enhance their production and profitability, something that our sample of top-performing small herds haven’t done as effectively. 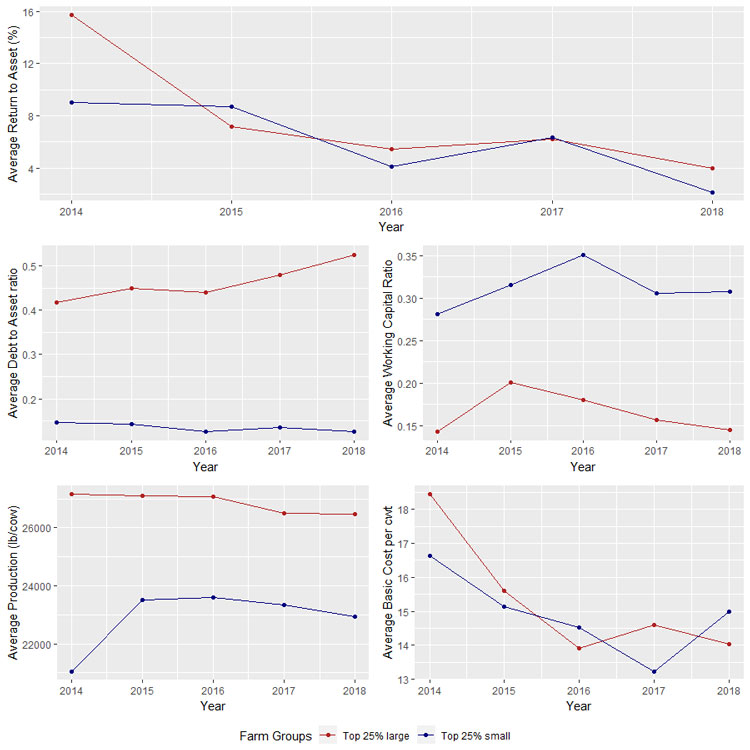 How far out should a farmer contract milk?
By Simon Jette-Nantel, Center for Dairy Profitability 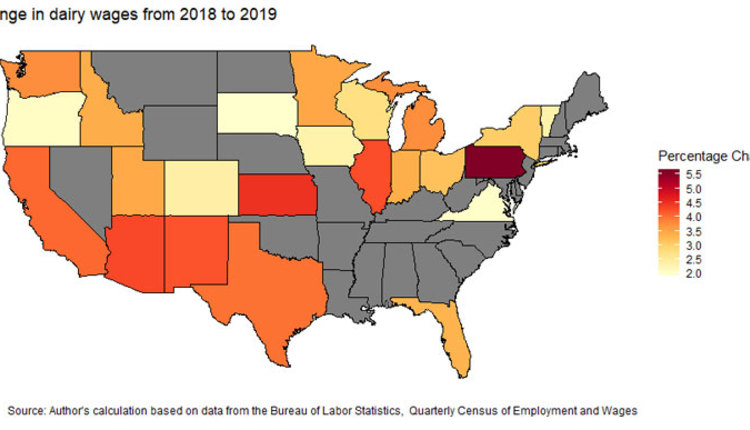