Milk without the cow: It may be closer than you think

Lab-grown milk casein and whey was produced by a genetically modified yeast. Ice cream was the first commercial product and it sold for a lofty premium of $20 per pint.

By Matthew J. Kuhn, D.V.M.
The author is a graduate student at Michigan State University. 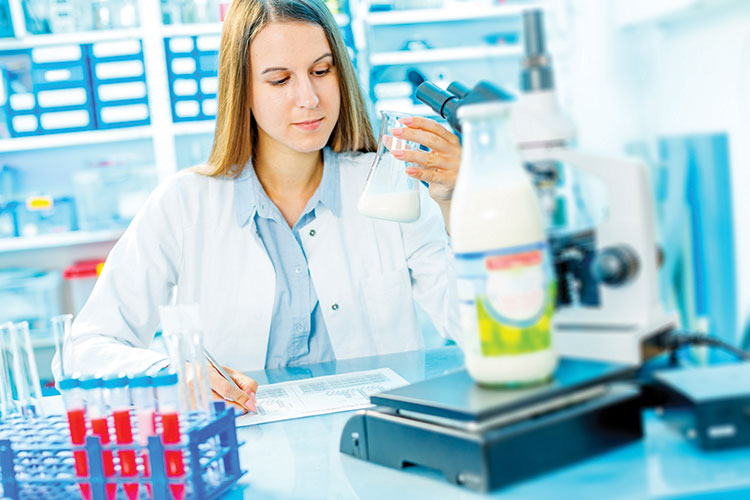 Perfect Day Foods is a clear leader in a budding industry that has taken steps to produce milk components with yeast and bacteria. The company released its first product in July.
In mid-July, as families across the country endured a heat wave by cooling off while eating their favorite ice cream, a new choice hit the market . . . available only online for a staggering $20 a pint. Even at that price, the new ice cream sold out in just a few hours.

What made this product so special?

It didn’t come from a cow, a legume, a nut, a seed, or any other plant or animal. This ice cream was the first of its kind — created by genetically modified yeast.

These products have intrigued the media and grabbed the attention of farm groups while the Food and Drug Administration (FDA) and the United States Department of Agriculture (USDA) grapple over regulatory authority. Meanwhile, cell-based animal proteins have been quietly, yet quickly, advancing in their shadow.

Unlike cell-based meats, cell-based animal proteins such as milk’s casein and whey are not produced by actual animal cells. Instead, bacteria or yeast, benevolently referred to as “microflora” by industry companies, are responsible for the production of animal compounds through a process called recombinant protein production.

These microorganisms have bovine genetic material inserted into their cells, allowing them to create and release identical proteins to those made in an animal. Large amounts of these microorganisms can then be grown in vats, known as bioreactors, with the proteins collected from the surrounding broth.

In using bacteria and yeast for this purpose, the process is similar to how most pharmaceutical products and other food ingredients are made at commercial scale. For example, both insulin for the management of diabetes and omega-3 fatty acid supplements are now produced primarily by microorganisms.

The important aspect of this process, which makes it unique from other plant-based dairy knockoffs, is that the compounds collected are chemically identical to those produced by a cow. This has led companies involved in creating cell-based dairy products to take on both natural and plant-based milk in marketing campaigns, touting their products as having a reduced environmental impact compared to natural milk yet the same texture, nutrition, and taste, all of which are lacking in plant-based alternatives.

Leaders in the field

The clear leader in this budding industry is Perfect Day Foods, a California-based startup that was the first to release a product to consumers when they began shipping three flavors of cell-based ice cream this past July. Although the ultimate goal for Perfect Day Foods is to produce fluid milk, the first step in this process is to focus on milk proteins that can produce dairy products like cheese, ice cream, or yogurt.

With a substantial investment from Archer Daniels Midland (ADM), they have been successful in producing the first animal-free whey and casein proteins. As one of the primary components of milk, this is a significant stride toward synthesizing ‘real’ milk from microorganisms, yet several substantial barriers still stand in the way from practical production of a fluid product.

A second startup, New Culture Foods, has also found success in producing cell-based casein. Taking notes from the challenges Perfect Day has faced, New Culture plans to focus on producing cheese before venturing into the fluid milk business. Their current goal is to produce Mozzarella by the end of 2019, although they don’t expect to have a consumer product for a few years.

Unlike these cell-based proteins, it does not appear that Perfect Day or New Culture plan to produce other milk components, like fats or sugars, in a similar manner in the near future.

“Most companies have stated they’ll use plant-based fats and sugars,” said Ahmed Khan, editor of CellAgri, an online hub of cell-based animal product information. This remains one of the largest obstacles to overcome before true cell-based fluid milk may become available.

The animal agriculture sector is well versed in food safety, exemplified by the jousting for oversight of cell-based meats between the USDA and FDA. For cell-based dairy products, however, the matter seems all but settled. In response to an inquiry regarding approval process for cell-based animal proteins, a representative of the FDA stated, “The use of an ingredient in food requires pre-market review and approval by FDA unless the use of the ingredient is Generally Recognized as Safe (GRAS) by qualified FDA experts . . . “Perfect Day’s fermentation-derived proteins are no exception.”

When asked if Perfect Day had gone through the formal approval process or if their products are GRAS, it was suggested that the ingredients they are using are considered GRAS and thus do not require FDA approval prior to marketing.

Although this may sound concerning, according to public testimony by Jeremiah Fasano, a consumer safety officer at the FDA, food ingredients made in this manner generally come with few risks and the practice of using microorganisms and bioreactors for the production of food ingredients is a well-established and safe manufacturing process.

As for the future, Perfect Day certainly does not expect any changes to this regulatory framework. “We expect [FDA] to have complete oversight since our process does not involve animals at any stage in the production,” states Kathleen Nay, communications specialist for Perfect Day.

Potentially, a more important concern for producers may be how these new products will be labeled. The dairy industry has been asking the FDA for help in combating the mislabeling of dairy products for the past two decades to little avail. This matter has been brought to the forefront once again by dairy groups, especially National Milk Producers Federation, who in the summer of 2018 publicly asked the FDA to enforce current labeling regulations as cell-based dairy products reach consumers.

This time, however, it seems cell-based dairy companies may be more likely to comply. In an interview between Khan and New Culture Foods CEO Matt Gibson, Gibson admitted that “legally, according to the FDA, we can’t [label our products as cheese].” Whether or not that will prevent them from doing so remains to be seen.

Interestingly, Perfect Day and others producing cell-based animal products claim their products to be GMO-free despite being directly derived from genetically modified yeast or bacteria. When asked about this, a representative of the Non-GMO Project, the market leader in non-GMO verification, confirmed that such a product would not be considered non-GMO under its standards. This style of marketing and misleading labels displays a clear stretch of the truth and may be an indication of the up-hill battle to come for the dairy industry. 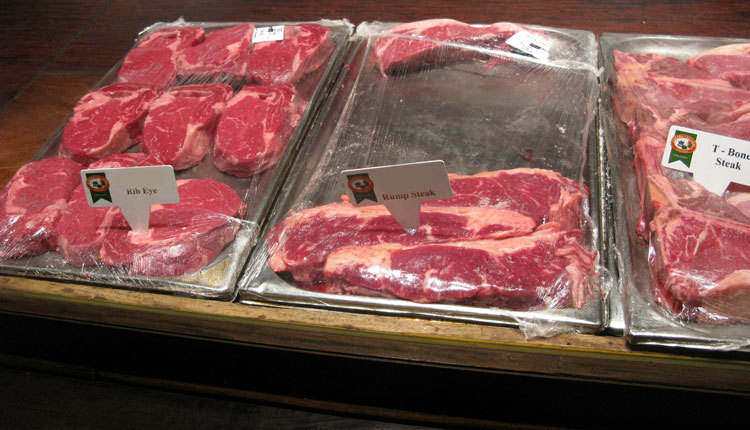