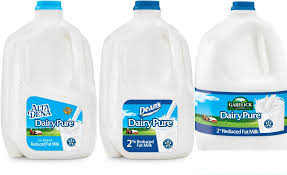 America’s top fluid milk processor — Dean Foods — initiated voluntary Chapter 11 reorganizational proceedings in the Southern District Court of Texas on November 12, 2019. The company intends to use this process to protect and support its ongoing business operations and address debt and unfunded pension obligations.

Dean Foods has 65 plants in 29 states across the country. It employs 15,000 people. That combination of processing capacity, employees, and output makes Dean Foods the largest processor and direct-to-store distributor of fresh fluid milk and other dairy case products in the United States.America’s top fluid milk processor — Dean Foods — initiated voluntary Chapter 11 reorganizational proceedings in the Southern District Court of Texas on November 12, 2019. The company intends to use this process to protect and support its ongoing business operations and address debt and unfunded pension obligations.

To keep the business running post-November 12, Dean Foods has received a commitment of approximately $850 million in debtor-in-possession financing from certain existing lenders led by Rabobank, Dean Foods stated in a press release.

As for its demise . . . lost sales, aging plant infrastructure, and issues related to product innovation all were catalysts that led to the bankruptcy declaration, if one would ask leading dairy analysts.

The next step for Dean Foods is working toward an orderly and efficient sale of the company founded in 1925 by Samuel Dean Sr., who started out with an evaporated milk processing facility in Franklin Park, Ill.

That sale could take up to a year to complete based on statements issued by Dean Foods.

The likely buyer?
Dairy Farmers of America (DFA) — the nation’s largest dairy cooperative — has engaged in advanced discussions on purchasing the fluid milk processor. That national milk marketing organization has 14,500 dairy farmer members across 48 states that collectively ship 52.7 billion pounds of milk. That represents 24 percent of the U.S. milk supply.

DFA would become the winning bidder for Dean Foods only after regulatory approval and would be subject to higher or otherwise better offers in bankruptcy. Stated more plainly, DFA is the likely buyer for Dean Foods' assets after bankruptcy proceedings close.

The decision to buy Dean Foods likely came down to this fact, “As Dean Foods is DFA’s largest customer, our focus is ensuring we have a secure market for our members’ milk.” That statement came from Monica Massey, executive vice president and chief of staff for Dairy Farmers of America.

“Thanks to the strategic planning and management by our farmer board of directors and management team, the cooperative is in a financial position to withstand a situation like this,” continued Massey.

Payment for milk
Dairy farmers who were direct shippers to Dean Foods will be asking, “Will I get paid for my milk?”

After the November 12 filing date, the answer is straight forward — “We intend to pay suppliers in full under normal terms for goods and services provided on or after the filing date.”

The potential payment prior to the pre-November 12 bankruptcy filing is dicey — “Under U.S. law, unpaid debt for goods and services provided to Dean Foods prior to the filing date, also known as ‘pre-petition claims,’ generally cannot be paid without specific court approval.” Dean Foods later added in a comment section, “We sincerely regret any inconvenience this may cause.”

Sales down 37 percent
Dean Foods had hung its hat on being the king of fluid milk processing. To reach the zenith, it purchased regional brands at the speed of light. As a result, the company based in Dallas, Texas, garnered $12.4 billion in sales in 2008.

The new year didn’t start out any better. First-quarter sales in 2019 fell 9 percent from a year earlier to hit $1.8 billion. That was far below most analyst predictions and on pace for a $7.2 billion figure when extended over the entire year.

This situation caused some top talent to flee. Ralph Scozzafava had been the CEO for four years. Eric Beringause took over the reins in August.

Once king of milk mountain
In 2007, Dairy Foods magazine ranked the conglomerate as America’s leading dairy company. That year it had $11.8 billion in sales.

By 2018, Dean Foods had slipped to No. 3, as Nestle USA and its parent company Nestle of Switzerland rank No. 1 with $14.1 billion in sales. Holding No. 2 is Saputo Inc. based in Montreal, Quebec, Canada, with $8.3 billion in sales.

Fluid milk at its core
In addition to specializing in fluid milk, Dean also focused on volume to compete.

That model became vulnerable when key accounts, such as Walmart and the company that owns the Food Lion chain, cut ties with Dean Foods and made the decision to process their own milk.

The situation became so dire that Dean Foods “would consider a sale, going private, selling assets, forming a joint venture, or pursuing a merger,” wrote Heather Hadden in a February 28, 2019, article in The Wall Street Journal.

Dean Foods tied its hands to some degree in the February debt restructuring when it added real estate property as collateral against its debt. That move gave lenders the right to some proceeds if assets are sold. It also gave the milk giant less flexibility in future business moves.

This decision set the course for the November 12 court filing in the Southern District of Texas based on the case report for Southern Foods Group, LLC d/b/a Dean Foods.

More competition
Most dairy market analysts would concur that Dean Foods has not done enough to to innovate. While it did consolidate many of its regional brands into its DairyPure brand, what’s in the container — fluid milk — remains largely the same. DairyPure holds about 10 percent market share nationally.

In five years, fairlife — an innovative competitor to Dean Foods — grew sales from zero to $450 million, noted a leading dairy industry source in a November 2 article in The Wall Street Journal. That fairlife product has 50 percent more protein and half the lactose (milk sugar) than traditional bottled milk.

As this and other innovations took place, Dean Foods just kept trudging forward.

And today, it stands in financial ruin.

Hoard's Dairyman Intel - Thursday
Will we have a farm bill by this September?
..
comments powered by Disqus