Milk production growth may trend near 1.5% 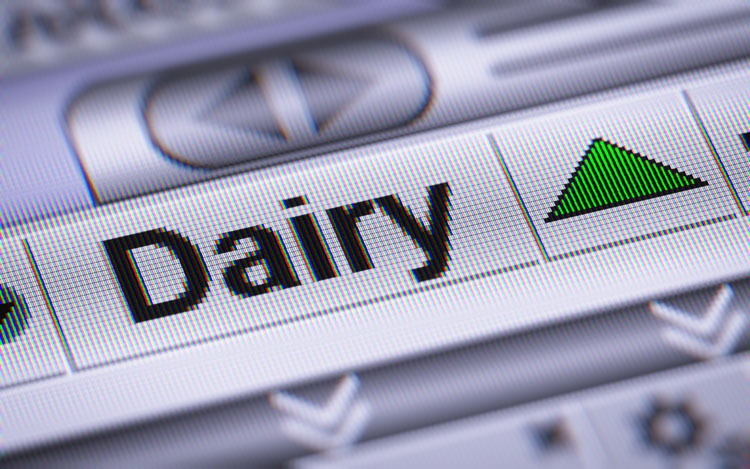 “In the U.S., our year-over-year production change is always positive. When we have production in excess of 500 million pounds, we get in a surplus situation,” explained Mary Ledman, Rabobank Global dairy strategist. “In Q1 of this year, we were knocking on the door of a surplus. Then COVID-19 hit,” she continued during a late August U.S. & Global Dairy Market Outlook webinar.

The change in the world’s behavior affected all aspects of the economy.

“The peak in our seasonal milk production was cut off at the knees by COVID-19,” Ledman said. “Producers were called upon to reduce milk production, and huge kudos to the dairy sector for doing this. The tide turned in July, and now milk production is up 1.5%. Going forward it’s going to be interesting to see if we’re going to be able to hold onto that.”

Since co-op-base plans to control production aren’t expected to trigger in the second half of the year, Ledman expects a calmer market.

“It looks like fairly smooth sailing in the second half of the year. If July is any indication, milk production might stay at the 1.5%,” she said of future growth in U.S. milk production.

The number of dairy cows was also affected by the year’s unusual turn of events.

“Dairy herds (cow numbers) peaked earlier this year, until last month when we saw U.S. dairy herds 44,000 farms (with cow numbers) above last year’s levels, but 10,000 less than the beginning of the year. Milk is trending higher in Texas, in particular, where they had 51 million pounds more this July than last July, and 25,000 more head this year than last,” she said.

COVID-19 also caused a spike in U.S. butter production, with a record high in April 2020.

“April was the period where everything was shifting, the supply chain was reshuffling, and milk was being dumped,” said Ben Laine, vice president of Dairy Research at Rabobank. “That’s where you see butter and nonfat dry milk play the traditional balancing role — when you need a place to put a product with a longer shelf life until you can figure out what’s happening going forward.”

Cheese demand was also impacted by USDA’s purchases for the Farmers to Families Food Box Program. Plus, June saw strong exports, in particular to Mexico, South Korea, and Japan.

“We were at a discount to the rest of the world when prices crashed at the beginning of lockdowns,” he said. “That led to a lot of orders being placed, which strengthened exports.

“Another encouraging sign is if we look at South Korea and China in particular, both of those areas were hit earlier with COVID-19 and lockdowns and were lagging some. But now we’re seeing that ground made up, which is a leading indicator of how demand is going and what we can expect in the future,” continued Laine.

The beverage category is a tough one
By Carla Wardin, Michigan dairy farmer