Cheese could become an even larger product category

By reimagining cheesemaking as it relates to export markets, the U.S. could grow sales far beyond its 5% to 6% of the category.

The author and her family own and operate a sixth-generation dairy near St. Johns, Mich. 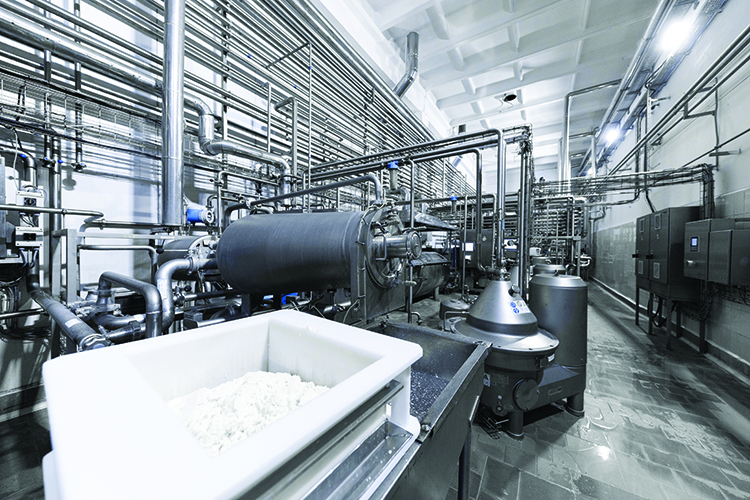 The U.S. doesn’t export a lot of cheese, relative to other products,” said John Lucey, the director for the Center for Dairy Research (CDR). “For instance, more than 50% of milk powders are exported, while only 5% to 6% of all cheese in the U.S. is exported. We’re looking at the technical obstacles to extending the shelf life so cheese keeps its good flavor and texture when it arrives at a foreign market, like Southeast Asia.”

The Center for Dairy Research, which is primarily funded by the checkoff program including Dairy Farmers of Wisconsin and it works closely with Dairy Management Inc.’s product research team, seeks to improve the dairy industry in Wisconsin and the United States by focusing on innovation, technology, research, and new product development. Cheese is just one of its focus categories.

CDR is located within a dairy plant on the University of Wisconsin-Madison campus, and it offers expertise in six main areas: cheese, dairy ingredients, cultured products, dairy beverages, quality/safety, and dairy processing. The goal of the 40-person staff is to grow and improve the collective U.S. dairy industry.

Lucey not only is the director of CDR, he also is a professor of food science at the University of Wisconsin-Madison. Originally from a dairy farm in Ireland, Lucey became interested in what happened after milk left the farm and what science was involved to turn it into other products. This curiosity led him to a food science degree, and he’s now spent 22 years at the university, with the last decade as the director of CDR.

“My brother still has the family farm in Ireland,” Lucey said. “I’m always amazed by people in the dairy industry. They’re good, hardworking people, and it’s nice to be working in an area where I can help them.”

Currently, Lucey is focusing on how to extend the shelf life of cheese through different methods of processing and storage.

One of the technologies the center is investigating is high hydrostatic pressure (HHP) processing. Similar to the way there’s intense pressure deep in the ocean, researchers have been able to harness this power to process food. To put it simply, the high pressure system squeezes the cheese and then releases it, and this process kills bacteria and enzymes without heat.

As documented in the paper “Investigating the properties of high-pressure-treated, reduced-sodium, low-moisture, part-skim Mozzarella cheese during refrigerated storage,” the authors proved that the sensory properties of reduced-sodium, low-moisture, part-skim Mozzarella cheese could be stored at refrigeration temperature (4°C). This could take place without loss in quality attributes for much more than the normal period of four to six weeks if these cheeses were HHP treated at pressures greater than 500 megapascal (MPa) for three minutes.

This tactic is already used by the meat and beverage industries to reduce the risk of pathogens.

“If you’re in a grocery store and you see that a label says cold pressed, that’s the technology they’re using,” Lucey said. “If you pasteurize some of these sensitive beverages, you may get an off-flavor. The process works in a similar way for cheese.”

Though more bacteria and enzymes are killed, the cheese looks the same and maintains the same texture.

“What we’ve found is that by combining this high-pressure processing with other procedures, we can extend the shelf life to nine months and beyond. Typically, without that, it’s two months,” he said. “It does add cost, but if we’re going to increase exports of cheese, we have to do something different.”

A second method researchers are experimenting with is a super chilling technique. Freezing cheese works well for storing it, but the logistics of thawing it often takes too much time, plus freezing causes problems for some types of cheese. Researchers at CDR are looking at how cheese performs when it is stored at a temperature lower than a regular refrigerator but above the freezing temperature.

“By lowering the temperature of cheese storage, we can extend the shelf life because we extend the period of time it takes cheese to break down. We can see how different cheeses react to these temperatures, what the benefits are, and how many weeks or months we can successfully store them,” Lucey said. “This also avoids the problem of creating more frozen storage facilities, because more cold storage infrastructure already exists for cheese.”

Another way the CDR is working on improving cheese exports to foreign markets is figuring out a way to use cheese powder to actually make cheese directly.

“We’re looking at making special cheese powders in the U.S. and exporting it to a country where they can then just add water to make cheese,” Lucey said. “It would be similar to a milk powder, but in this case, modified powders could be tailored to make a particular cheese type.”

Ideally, foreign manufacturers would be able to rehydrate the powder to make this specialized product.

“This way, it would fit the market, and no one would have to worry about shelf life,” he said. “We’ve been able to do this already with some cheeses, like Panela, and we’re working on more. It’s a lofty goal, and it’s kind of a fun and exciting process.”

Lucey is also collaborating with the University of Wisconsin’s School of Medicine and Public Health on a very timely topic, given the pandemic — human health.

European studies showed that children who grew up on traditional farms had a lower incidence of asthma and allergies. Lucey and the medical school researchers are looking as to the reasons why.

“What is it about these farms that gave protection to these kids? It is something about the composition of the milk? Is it the environment? Can we replicate it in the U.S.?” he asked.

The research is looking at Amish farms and conventional farms, as well as testing cow milk and human breast milk.

“We want to know if mothers were exposed to something that challenges their immune system and then are transferring these antibodies to infants. If we can figure that out, we can hopefully produce that component and add it to infant formula. Our long-term goal is to help children avoid developing asthma and allergies,” he said. “That way we could deliver it as powder in infant formula and not in a medicine.”