The Western Dairy Center not only focuses on research but also on developing and training people to become the future dairy industry workforce.

By Carla Wardin, Michigan dairy farmer
The author and her family own and operate a sixth-generation dairy near St. Johns, Mich. 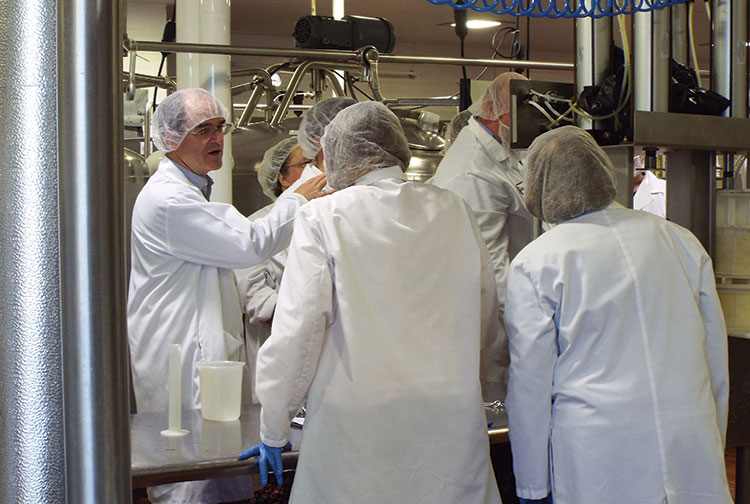 Eric Bastian leads the team at the Western Dairy Center, which is based at Utah State University. By collaborating with the region’s dairy community, the group is answering unmet needs and delivering on its goal of dairy research.
Due to the competitive nature of the food industry, efforts to innovate and develop quality products requires people trained in understanding both food science and dairy. In the early 2000s, the number of students coming out of the Western Dairy Center (WDC) and staying to work in the local dairy industry began to decline.

Eric Bastian is the current director for the Western Dairy Center and vice president of Innovation Partnerships at Dairy West. Steeped in working industry knowledge, Bastian previously led research and development at Glanbia Nutritionals. As a result, he was seeing firsthand the problems with finding and keeping dairy researchers.

In 2012, Bastian and the past WDC director, Donald McMahon, a professor in the department of nutrition, dietetics and food sciences at Utah State University, worked together to create the BUILD (Building University and Industry Linkages through Learning and Discovery) Dairy program.

BUILD’s goal is to align research initiatives with the priorities of dairy companies, which in turn readies students for careers in the industry. They actively try to match graduates with dairy companies looking for the best candidates.

“It’s an extension of what we were doing with Don McMahon,” Bastian said. “The pipeline of people who knew anything about milk and milk processing was dwindling down to nothing. We would have positions open for over a year while trying to find the right person,” said Bastian of the circumstances that were ultimately conspiring to stymie dairy innovation.

In 2016, the center received funds from Glanbia and Utah State University, plus the region’s dairy farmers, with the end goal of training people to work in the dairy industry.

“I went to all of them and said, ‘This is what we want to do. How many people do you need for quality and research technical roles in the next five years?’” he recalled. “We got the number of 80 people, and we built a program around it.”

By designing the program around the needs in the region, they were able to meet industry specifications.

“We ended up with a unique model,” Bastian said. “Every two years we have a research prioritization meeting. We bring in all the processing partners, professors, and researchers and we don’t leave until we have 25 research areas ranked in order of priority.”

After that, the WDC asks professors to submit proposals to address those needs.

“I need three things for funding. First, a good student, and we really look for students with local ties. Second, we address one of the named research priorities. Third, find a co-founding partner,” said Bastian. “If a company says, ‘We need this research project,’ then they should put some skin in the game. We have projects that meet all those criteria, and right now we’re working on 40 projects. We’ve graduated 45 students in this program so far, and a good portion of them are working in the dairy industry in our region.”

The WDC research has resulted in work that directly benefits dairy nutrition.

For instance, the recent paper “Acute effects of Cheddar cheese consumption on circulating amino acids and human skeletal muscle” began with an idea. Although it is proven that cheese is a protein-dense food and high in leucine content, there was no information known about the acute blood amino acid kinetics and protein anabolic effects in skeletal muscle.

The study looked at healthy men and women who consumed cheese or milk, and the researchers took blood and skeletal muscle biopsies before and after. They evaluated circulating essential and nonessential amino acids, insulin, and free fatty acids and examined skeletal muscle anabolism.

The researchers found that Cheddar cheese “provided a slow and sustained appearance of circulating amino acids and subsequent activation of mTORC1 signaling when compared to milk matched for protein (and leucine) content.”

They also found that Cheddar cheese consumed in the study did not elevate circulating insulin or induce a muscle glycemic response, in contrast to milk. The authors conclude that low-fat Cheddar cheese should be considered a protein-dense food due to its high leucine content, ability to sustain amino acid levels, potential to promote protein anabolism, and low glycemic properties.

Future studies may focus on the muscle proteins in response to Cheddar cheese consumption when combined with regular exercise.

A great source of protein

“Basically, cheese is a great protein source,” Bastian said. “When people consume cheese, there’s an uptick in protein synthesis in muscle cells. Cheese is almost 25% protein, and we, as an industry, have to do a better job marketing that nutritional benefit. I’d like to see cheese packaging touting that positive protein message.”

The WDC and BUILD will continue encouraging research to help advance and build the future of dairy. It’s not only a professional pursuit, but it’s also a passion of many involved in the industry.

“Just yesterday we were looking at the cover of Hoard’s Dairyman and trying to figure out how to place the Red and White Holstein cows,” Bastian said during his February interview. “We all see if we can do it, even though it’s harder on a picture than in real life.” An interest in dairy cattle and dairy foods motivates Bastian and his colleagues to research and innovate products for consumers. 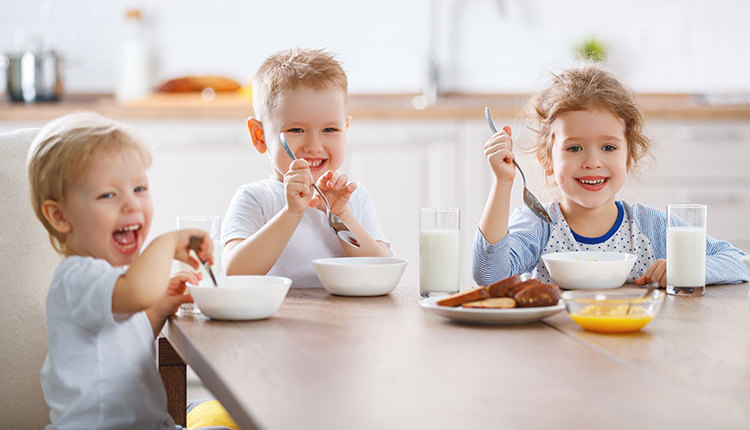