Will dairy slide back into the pandemic hole? 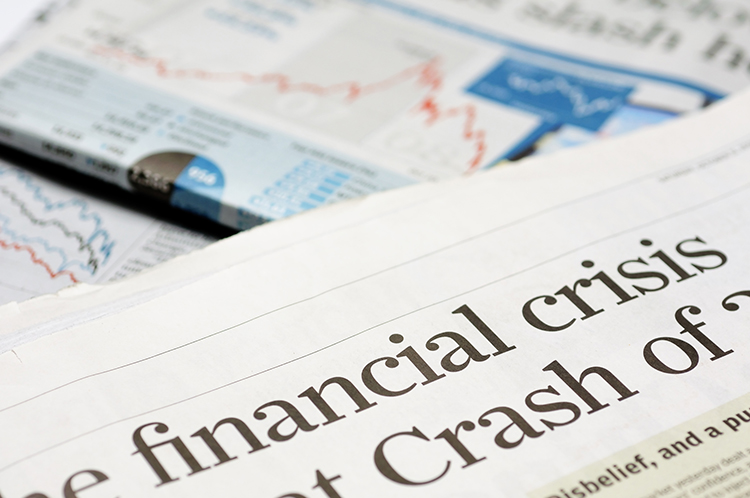 It’s easy to agree that these are unprecedented times and that the pandemic has thrown the nation and world into dire economic straits. As is common in moments like these, we have a human tendency to lean on our experiences to make decisions to get through the situation. This isn’t 2009; this is the 1980s.

“One of the things we might ask ourselves is ‘How is this the same or different from the last time we had a notable downturn?’” Cornell’s Andy Novakovic said.

“The last time we had a notable downturn it was the Great Recession that began in 2008, went into 2009, and we didn’t really dig out until 2010,” he reminded the DairyLivestream audience on September 1.

Although the Great Recession lasted longer (or at least it has so far), this Pandemic Recession hit much more suddenly and harder. In Quarter 1 of 2020, the U.S. was already experiencing a 5% drop in gross domestic product (GDP) compared to the same time frame in 2019. By Quarter 2, the country’s GDP was off 32% from year-ago levels.

What makes the Pandemic Recession different than the Great Recession is the components of GDP that are most impacted. During the webcast, Novakovic detailed the important difference between an investment-based recession and one heavily effecting what people spend on consumption items, which are those things that are used up within a year (food, socks, and so forth).

When looking at the consumption category of GDP, Quarter 1 saw a 7% drop when compared to 2019, while Quarter 2 was off 34% from year-ago levels. While that’s true, investments also have been scaled back significantly dropping 46% in the second quarter.

“The Great Recession was more about investments and less about consumption,” Novakovic explained. “During that time period, we had federal programs to rescue so-called troubled assets. We provided a lot of money to companies, so they didn’t go bankrupt and we were worried about households that were upside down on their mortgage – they owed more money than their house was worth.

Do what we have to do

"If you look back to the Great Depression, Herbert Hoover was all kinds of conservative. He didn’t want to spend any money, instead he wanted to close down trade doors and keep all the economic activity at home,” Novakovic explained while comparing the recession to an even more well-known event – The Great Depression. “All he did was drill the hole deeper. Franklin D. Roosevelt came in and spent a lot of money we didn’t have and made a little difference.

“But it wasn’t until World War II that we really climbed out of the hole when we just started spending money because we had business to take care of and we couldn’t be wasting a lot of time thinking about whether we should build another tank or not,” the experienced economist detailed.

“I think we’re in that kind of a moment where it’s a difficult choice but maybe it’s what we have to do now to be sure we dig out of the hole,” said Novakovic. “For me, again, the trick is once we get out of the hole, we have to remember there’s still a hole.”

An ongoing series of events
DairyLivestream will air twice each month for the remainder of this year. The next broadcast will be on Wednesday, September 23. Each episode is designed for panelists to answer over 30 minutes of audience questions. If you haven’t joined a DairyLivestream broadcast yet, register here. Registering once registers you for all future events.

The author and her family own and operate a 130-cow dairy and crop 1,500 acres. She also is a former associate editor at Hoard’s Dairyman.