Human diets would suffer without cows 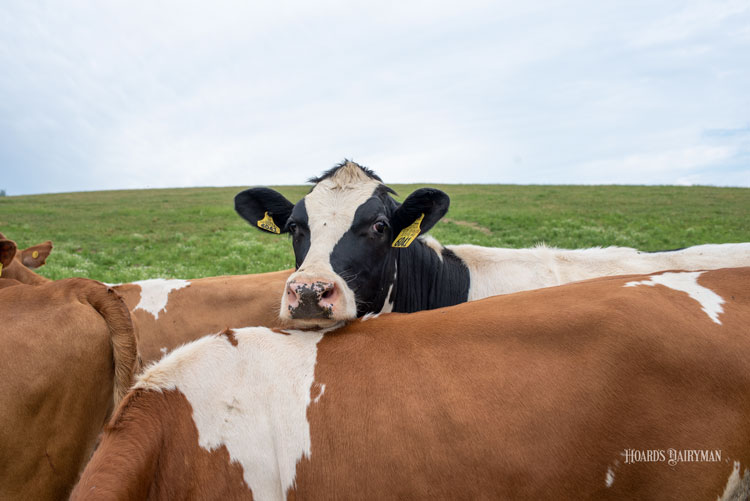 Removing U.S. dairy cows may reduce nutrient supply while having little effect on greenhouse gas emissions, according to the Journal of Dairy Science.

“Our investigations into the impacts and alternatives when removing dairy cows from U.S. production agriculture suggest that GHGE (greenhouse gas emissions) changes would be minor, equivalent to 0.7% of total U.S. GHGE,” stated the authors of the paper Contributions of dairy products to environmental impacts and nutritional supplies from United States agriculture.

Depopulation
For the depopulation scenario, the authors imagined land would be used for other agricultural purposes, such as grain or vegetables. If the land was used for silage and grain, GHGE would climb by 9.9% compared to current emissions. If it was used for fruit or vegetables, it resulted in a net neutral effect of +0.04% on GHGE.

However, the authors noted, “To effect such a change in land use, there would need to be substantial technological improvements to support growing fruits and vegetables on land currently unsuited to the purpose.”

They also concluded that although some land reallocation options resulted in GHGE reduction, they also reduced the supply of nutrients available to meet the requirements of the population.

Being able to sustain the calcium requirements on a plant-based diet is unlikely without supplements. Dairy products are also a significant component of the protein supply in the U.S., providing 20% of the protein and 20 to 30% of many essential amino acids.

Retirement
The retirement scenario showed an 11.97% decline in greenhouse gases compared to current emissions, likely because of the reduced number of cows on pasture. However, available supplies of all 39 nutrients declined or remained the same. For instance, calcium, vitamin A, vitamin D, vitamin B12, plus 11 more all plummeted 20% or more in human nutrients required per year.

“Supplies of some limiting essential nutrients for the human population would decline under all dairy removal scenarios,” concluded Liebe, Hall, and White.

The author and her family own and operate a sixth-generation dairy near St Johns, Mich.