A second round for Vilsack promising for dairy 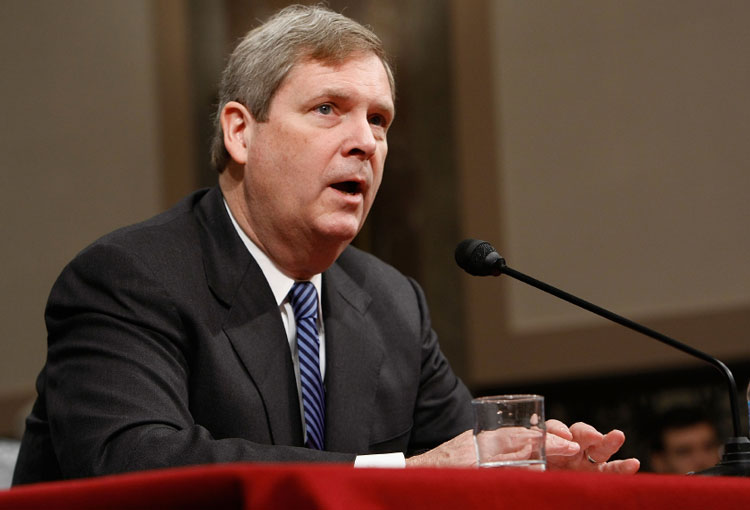 In the debate for President-elect Joe Biden’s secretary of agriculture, many names were reported and discussed, but a familiar one emerged as the top choice: Tom Vilsack, who served as USDA Secretary for eight years under President Obama.

Secretary Vilsack, a former two-term Iowa governor, has been working as the CEO of the U.S. Dairy Export Council for the last four years and will bring that dairy experience to the USDA.

“Secretary Vilsack was not unfriendly to dairy in his previous round,” said University of Wisconsin-Madison dairy economist Mark Stephenson on the December 9 Hoard’s Dairyman DairyLivestream sponsored by Diamond V.

“He has spent the past four years working for the dairy industry, and I think he’s probably learned even more than he knew during his tenure as secretary of agriculture before,” Stephenson continued. “So, I think that this isn’t a bad thing for dairy; I think he’ll be altogether fair. I’ve been quite impressed with Secretary Vilsack.”

Added Catherine de Ronde, senior economist with the Agri-Mark cooperative, “His understanding of trade and trade tensions is going to be another really important piece of his résumé as we get into a new administration with a different feel for trade.

“He has an understanding and an appreciation of our industry that is something you can’t take for granted,” she also said.

To hear Secretary Vilsack’s comments from earlier this year on the state of dairy exports, you can watch the May 13 episode of DairyLivestream.

A broad organization
Secretary Vilsack was chosen as the discussion for the leader of USDA was quickly splitting into two camps. In addition to supporting farmers, USDA administers 15 domestic nutrition programs, including the Supplemental Nutrition Assistance Program (SNAP) and school meals. The department estimates that about one in four Americans participates in at least one of these programs.

USDA also encompasses such agencies as the Food Safety and Inspection Service, Forest Service, Natural Resources Conservation Service, and Rural Development. The secretary will have a wide range of responsibilities, but Vilsack's familiarity with dairy seems to bode well.

Before he can be sworn in, the U.S. Senate will need to confirm Secretary Vilsack’s appointment. As Donald Trump was transitioning into the presidency four years ago, he announced Sonny Perdue as his choice for Secretary of Agriculture on January 18, 2017. The Senate confirmed him on April 24, and he was sworn in on April 25.

An ongoing series of events
The next broadcast of DairyLivestream will be on Wednesday, January 6 at 11 a.m. CST. Each episode is designed for panelists to answer over 30 minutes of audience questions. If you haven’t joined a DairyLivestream broadcast yet, register here. Registering once registers you for all future events.