Dairy lost a Lyon of a leader 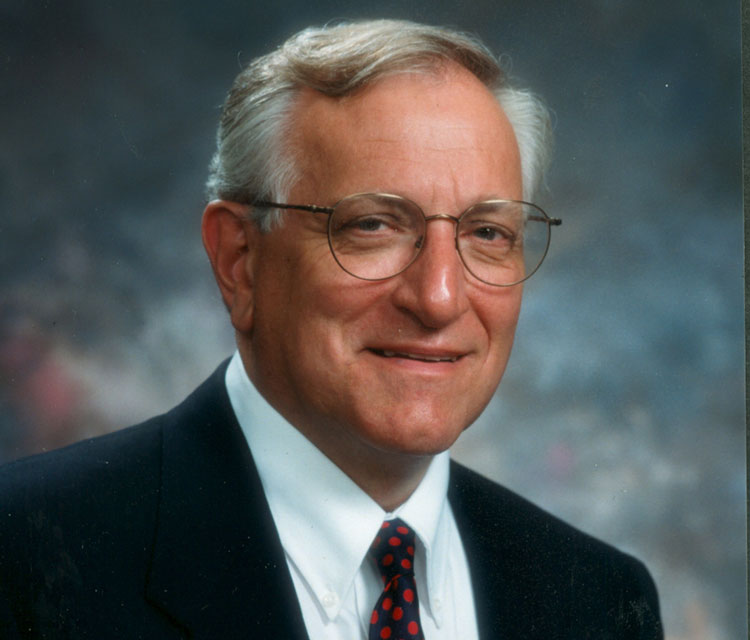 When it comes to dairy leaders, Tom Lyon was a lion. However, Tom rarely professed it. Instead, he led by example and routinely advocated for farmers, for rural communities, and for public education through his own style of servant leadership.

As a teenage boy, I remember standing in line at the close of a co-op district meeting well past my bedtime on a school night just to garner a few moments with the gifted public speaker I had heard that evening. My father stood with me and eventually introduced us. I was most impressed by Tom’s gracious demeanor as he made the conversation about me, not him.

That first meeting in my mind summed up Tom Lyon. He looked to make the lives of those around him better. Sadly, Tom Lyon passed away on March 8, 2021.

Years later
As a professional covering the global dairy industry, many already knew what I had just come to recognize: Tom Lyon was one of the most visionary cooperative leaders in the world.

Under Tom’s leadership, 21st Century Genetics, for which he served as CEO, was the first A.I. organization to adopt the 50-point linear scale for rating individual type traits in dairy cattle. That’s because the cooperative funded some of the earliest work on the matter, in conjunction with Iowa State University. That pioneering research later caused all dairy breed organizations to switch to the 50-point linear system.

Realizing cheese was on a trajectory to become the nation’s leading dairy product, Lyon led a joint program with Swiss Valley Farms. “We donated some of the research equipment to begin testing protein through the Mid States DHIA Laboratory over at Iowa State,” Tom said in a 1990 interview by Miles McCarry. “That kind of put things on a roll from the genetic standpoint.”

More importantly, milk checks were impacted, too, and that improved the lives of many dairy farmers.

“Cooperatives like Swiss Valley and some private milk plants began paying on a differential above 3.2% protein and started putting some premiums in (milk checks). The whole thing started mushrooming,” he went on to say about what we know today as multiple component pricing. “By the mid 1980s, we had protein data on about all our bulls.”

To save farmers money
In cooperative circles, Lyon was most known for developing Cooperative Resources International (CRI).

“I got the idea of developing a holding cooperative when we tried to merge cooperatives back in the 70s and 80s,” said Lyon during a 1999 interview, the very night he was named National Dairy Shrine’s Guest of Honor. “Cooperatives wanted to maintain their identity, their management people, their board of directors, and those sort of things.

“In the development of a holding cooperative, much like the proprietary businesses put holding companies together, we brought together a group of co-ops. We could consolidate their balance sheets, we can give them operating power, and they could individually operate on their own,” he went on to say.

That idea gave rise to CRI in 1993. Under Lyon’s leadership, they broke tradition and brought together a cattle breeding co-op and a dairy records cooperative — 21st Century Genetics and Wisconsin DHI Cooperative. By the end of the decade, Noba, Louisiana Breeders, Atlantic Breeders, Eastern A.I., and Central Livestock would all join the CRI umbrella.

Lead with science
“Science just about always wins,” Lyon once said, “whether it be with herd mate comparisons from the 1960s or biotechnology in the 1990s. It takes a lot of work on the societal things to make all of those innovations acceptable with breeders or consumers,” he said at the close of the 1999 National Dairy Shrine banquet.

“I’ve always tried to support science and support research, and when you do that, you take some heat. You also put yourself in a position where you are going to have to change,” advised Lyon. “I believe we have a better life today because of science and the application of those technologies.

“I also believe American agriculture has been the most productive industry in our land,” he continued. “The reason it’s been that way is because we have been in the forefront of research and technology.”

Click here to read the full obituary for Tom Lyon.