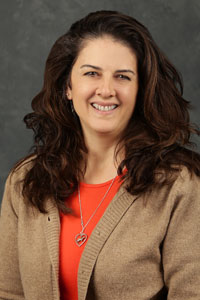 Marilyn Hershey
White noise is useful for some businesses. They have a consistent hum running through the offices to keep employees focused on their work and to give them a bit of privacy in an open office setting.

Living on the farm, I don’t experience this on a daily basis. If I pay close enough attention, though, farms have plenty of background noise.

Background noise can be the hum of a skid loader, the feeder tractor making its rounds from station to station, the calves when they think feeding time is a second too late, or the mocking bird who is annoying me with squawks and screeches.

Years ago, we started milking our cows three times a day, and since then, the white noise happens nearly 24 hours a day. The skid loader runs at random times through the night, the manure truck hums up and down our road, and the occasional cow in heat provides all the background noise needed for the night.

The dilemma is that I am a light sleeper. There are nights that I sleep through all the commotion, but most of the time, I will awake at the cat fights, the hums, the engine revs, and the confused cow noises.

Not long ago, it was to a young heifer’s advantage that my ears are attentive to what is going on around me. I sat up in bed when I heard a very distressed bawl in the early morning hours. This was not the normal, “Hey, where’s my breakfast?” kind of plea. This was an “I need help and need it now” kind of cry. I didn’t take time to look out the window. I texted an employee who I knew was outside and told him a calf needed immediate help and I did not think I could get there soon enough.

After rushing out the door, I soon saw this young animal got its head caught in a gate, and its front feet were pushing the bedded pack out from under her. The gate was tight from the pressure, but thankfully, Brian was strong enough to release the gate and give the calf some much needed air. It is times like these that I am grateful for my sensitive hearing.

Running a fan on low at night helps to eliminate some of the background noise, but I seesaw between wanting to tune out the surrounding noise and liking the thought that if something needs attention, I will wake up.

Not everyone in our room has trouble with night noises. Duane hears very little at night and sleeps through all the background noises, even the rings, dings, and alerts of his phone.

The craziest alert happened a few months ago when we decided to run a trial with our breeding age heifers and put motion detector tags in their ears. My contribution to the project was making sure a computer was running with capable internet service in the heifer barn. It was a process to get everything working, but the program was finally properly installed, tags were in the heifers’ ears, and we were ready to start monitoring movement.

At 9 p.m., all the animals are tucked into their stalls, and no one moves around at nighttime. Yeah right — you know that is not true. Animals move around a lot at night, and even with doing a partial trial with our breeding age heifers, there was a lot going on day and night.

One of the benefits of this technology is being able to install the software onto our phones and receive updates on heifers who have a high level of movement and are coming into a standing heat. This is great and wonderful — unless it is in the middle of the night and I happen to have “one of those nights” when every noise is magnified.

The uniqueness of the alert is what got me. I instantly woke up when I heard a calf bawling, and the calf sounded really close. Okay, so I knew it wasn’t in my bedroom, but wow, that calf sounded close.

I got up and looked out the window. There wasn’t a calf in sight, and quite frankly, I was glad. A calf outside my window means we are chasing calves under the stars, and that is never easy.

I wasn’t sure what to think but I crawled back into bed. No sooner had I laid down than I heard it again. I jumped out of bed quicker this time and ran to the window, thinking maybe the calf was running laps around the house. There was still no calf in sight, and I was even more perplexed with how close it sounded.

I soon found out where the disruption was coming from when I heard it a third time. The fog in my head lifted. I was tempted to throw Duane’s phone out of the window so the calf could be where I thought it should be, but I opted to turn off the phone instead.

Of course, Duane had no clue and slept through everything. In the morning, when I told him why his phone was turned off, we pinpointed it to the new program. Thankfully, a phone call to the company fixed the issue, and they helped us turn off the alert at nighttime so I don’t have to chase calves around the house in the dark. At least that is one less black and white noise happening at nighttime.

Progression, not perfection, makes us — and our cows — happy
Features
Related to:
features
In Features