Open cows are the enemy of profitability 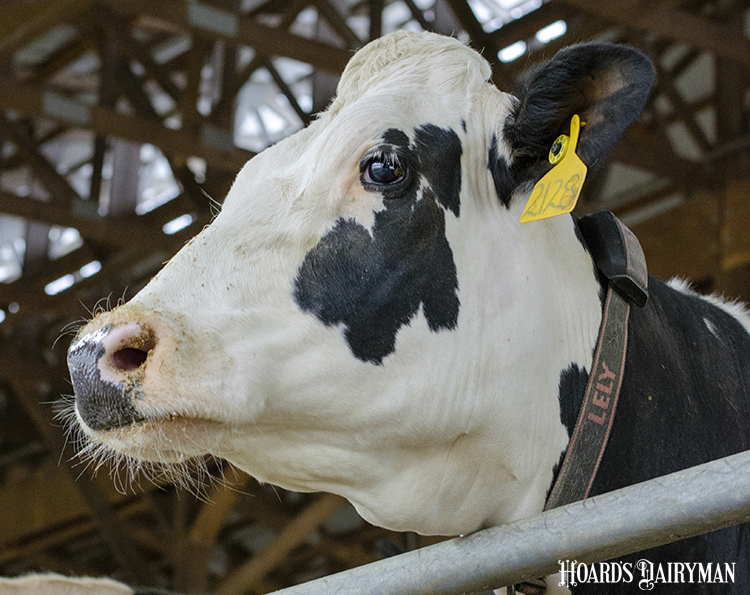 U.S. dairy farmers continue to get better at breeding more efficient, productive, and longer-living cows as more genetic selection tools become available. One such tool, the Net Merit (NM$) formula, has been updated for the August 2021 evaluations.

This revision adds traits that will contribute to the sustainability and health of the overall dairy industry. Wisconsin dairyman Lloyd Holterman is excited about the addition of that information because this Holstein breeder has been making good use of NM$ since it first debuted in 1994. The selection index has effectively transformed his herd, especially in terms of reducing body size, improving fat and protein production, and reducing overall herd health costs.

During the July 7 Hoard’s Dairyman DairyLivestream, Holterman also explained how his Rosy-Lane herd has seen tremendous advances in reproduction through their selection measures. Their pregnancy rate is currently over 40%, and conception rate has reached 58%.

“Open cows are the enemy of profitability,” he said.

He noted that improving fertility, especially to that level, takes multiple generations, estimating that the farm is now on their nineth generation of cows selected for NM$. Still, a high NM$ bull will not be used if it is low on Daughter Pregnancy Rate (DPR) or Productive Life (PL), Holterman’s two other key considerations.

In fact, PL is the biggest reason they adopted NM$ as their major selection index back in 1994. Holterman, like many dairy farmers, wanted to keep his cows in the herd longer. Today, he says they’re finding their cows produce the most milk in the fifth lactation. Over half — 55% — of the farm’s 1,100 cows are in their fourth lactation or greater.

“The average cow in this country is 2.7 lactations. We have to fix that right now,” said Holterman, who serves as the chair of the Producer Advisory Committee for the Council on Dairy Cattle Breeding. “That’s the only way we’re going to achieve a lower carbon footprint, higher production, and wider margins.”

Is there an optimum pregnancy rate?

In the continual pursuit of better DPR, some might ask if there is a diminishing return to higher pregnancy rates. Holterman shared an example from their herd.

“Our reproduction got good enough that our days in milk (DIM) dropped to 153. Our target would be 170, so we actually were able to back off breeding them,” he said about shifting his Voluntary Waiting Period (VWP). “By achieving a high pregnancy rate, we have the confidence that we don’t have to breed them at 50 or 55 or 60 days like we used to. We’re able to get the optimum DIM.”

Now, older cows are bred around 84 DIM, with first lactation cows a bit earlier. A longer lactation allows the farm to capitalize on cows being more persistent in their lactation than just a couple of decades ago — another example of genetic improvement leading to more efficient cows.

To watch the recording of the July 7 DairyLivestream, go to the link above. The program recording is also available as an audio-only podcast on Spotify, Google Podcasts, and downloadable off of the Hoard’s Dairyman website.

The next broadcast of DairyLivestream will be on Wednesday, July 21 at 11 a.m. CDT. Each episode is designed for panelists to answer over 30 minutes of audience questions. If you haven’t joined a DairyLivestream broadcast yet, register here for free. Registering once registers you for all future events.