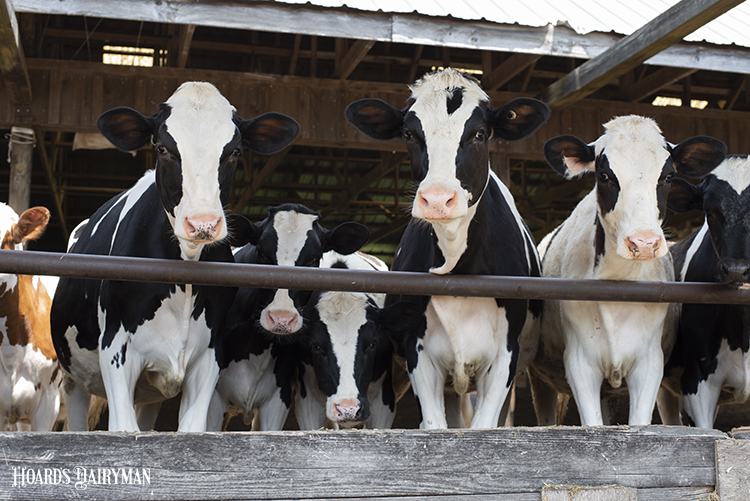 Without naming names, you can probably think of a sports team that’s been down on its luck recently (or longer). Fans or the media may give them a bit of a break by saying the team is just having a “rebuilding” year . . . maybe they lost some key players, and now they need some time to get back to full strength.

Unfortunately, there are no such “rebuilding” years or down time for a dairy herd to recover from losses because every animal’s health and productivity matters every day. That’s why creating, raising, and managing valuable heifers that can step up to the plate when it’s their time is so critical. Three farmers who do that well with effective replacement reproductive strategies shared insights on their programs during a panel presentation at the Dairy Cattle Reproduction Council Annual Meeting.

“We want them to go back, lay down and calve, and be a productive asset to the farm,” said Keith Bergkamp, who custom raises 10,000 heifers at Cottonwood Feeders in Kansas for his family’s five clients. After beginning their business as a calf ranch, the operation now raises animals from about 4 months old to right before calving.

Each customer decides on a breeding strategy for their animals, and Bergkamp said that the most common choice is three services of sexed semen followed by two services of beef semen. No matter the breeding, all heifers go through the same insemination program, which begins around 780 to 880 pounds for Holsteins and 12 months of age.

The farm recently transitioned from a heat detection walk-and-chalk system to automatic ear tag monitors, and a five-day CIDR synch protocol is also used. With pregnancy checks performed at 36 days, 90 days, and 200 days, Bergkamp noted that they’re averaging a first service conception rate of 60%. Along with detailed protocols for nutrition, vaccinations, and care, Cottonwood Feeders is able to deliver animals their customers are satisfied with, he shared.

The two other panelists explained similar priorities but also a commitment to making the most valuable pregnancies possible as they raise their own heifers.

Both Don Bennink of North Florida Holsteins and Simon Vander Woude of Vander Woude Dairy in California explained that they genomic test every heifer born on their farm to identify donors and build their genetic base. “I use that information every day,” Vander Woude affirmed.

Genomic results support Vander Woude’s breeding strategy, which for heifers typically includes two services of sexed semen before beef semen is used. Each month, they calculate how many calves they will need to determine exactly how much beef semen and how many IVF embryos they will use, Vander Woude explained. He noted that IVF is used only in the lactating herd, as transferring embryos to heifers just didn’t work for their farm.

About 60% of calves born on the farm are Angus crosses, and they send these to be raised at a calf ranch before they return to be fed to about 550 pounds and sold. This rightsizes the herd while providing additional income.

For Bennink, genomic information assists in hand-mating each animal and allocating sexed semen, conventional semen, and embryo transfers. His team is careful in these decisions because, as Bennink put it, “We’re not going to milk what we mate today for about three years.”

Genetic values for components, fertility traits, and beta and kappa caseins are considered when choosing donor animals, he described. Thousands of embryos are exported from these donors each year, he said. They also use an index they developed for their herd to sort out recipients for embryos. Breeding begins at 12 months and 750 pounds, and most animals are calving in at 21 to 22 months of age, he continued.

Bennink echoed the goals of most dairy producers when he described what’s next for their heifer program: “We want a system where the heifers calving are as good or better than what we have.”

The farm bill: What works and what doesn’t?
By Katelyn Allen, Associate Editor