Step up your rodent control 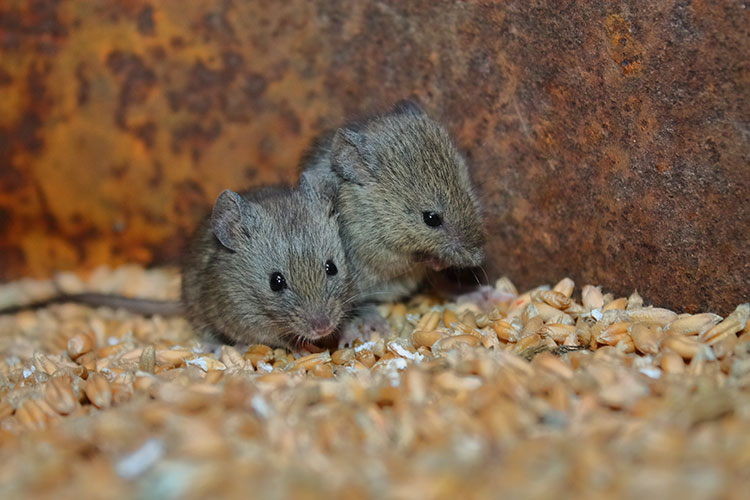 Working with cows, heifers, and calves each day is a highlight of the job for many dairy farmers. What’s not as enjoyable is dealing with the other animals that may show up on a farm, like birds, deer, and rodents.

Controlling rodents on the farm can be approached like a familiar Integrated Pest Management protocol, explained Iowa State University dairy field specialist Fred Hall on a Dairy News & Views podcast. That covers identification of the problem, sanitation, exclusion, and any remaining elimination.

It will likely be easy to identify the problem, as you can look for typical signs like droppings, tracks, gnawing on items like bags and even doors, and odors, especially in small spaces. Hall explained that it’s sometimes possible to distinguish mice from rats on size, but also look at the tail, ears, and feet. Mice have a thin, slightly hairy tail and bigger ears, while rats have a thicker, hairless tail. Rats also have larger feet, making them easier to identify from tracks alone.

From there, Hall talked about what he calls the “ups” of control: clean up, seal up, count up, trap up, and bait up.

“Before you set any traps or use any poison, clean things up. Get rid of the trash and garbage, and remove excess that’s fallen around the feedbunk,” Hall said. Likewise, he advised not to blow grass or other yard clippings against buildings. “That forms a perfect harborage where they can move back and forth without any problem,” he continued.

Once popular hiding places are eliminated, seal up potential locations a rodent could get into the barn. Hall noted that mice only need about a quarter-inch hole or crack to access a building, and rats can get in through a half-inch opening. He recommended stuffing these areas with coarse steel wool or covering them with sheet metal or hardware cloth. Don’t overlook holes higher up, either — rodents can climb easily, Hall reminded.

Finally, it is time to set out traps. Snap traps, catch traps, mechanical traps, and glue boards are a few options, though Hall mentioned to be careful with glue boards as they can also catch anything else from cats to kids’ fingers. He recommended setting out traps with no bait for a day or two to allow the rodents to get used to it being there so they are more likely to approach it later. “You’ve got to be patient,” he said.

As for what bait to use, Hall said that the common approach to use peanut butter might not be the best attractant. It could be useful in a series of traps baited with different items, which is what he recommends. That includes some traps with cotton balls or string balls to attract pregnant females who are scavenging for nest materials. Since rodents can be pregnant every 35 days and deliver large litters, this can be an effective route to take, Hall said.

“They’re breeding machines. It doesn’t take long for the population to swell,” he noted. A 200-gram rat can eat its weight in feed every day, which adds up to about $2 a year in lost feed, Hall said. That’s not much on its own, but if rodent numbers are left unchecked, that can quickly snowball into a significant portion of feed destroyed.

The US breaks 76-year-old record
By Katelyn Allen, Associate Editor