For subclinical hypocalcemia, it’s all about timing

Low blood calcium concentrations postpartum aren’t always bad, but it depends when you take the sample.

By Rafael Neves and Jessica McArt 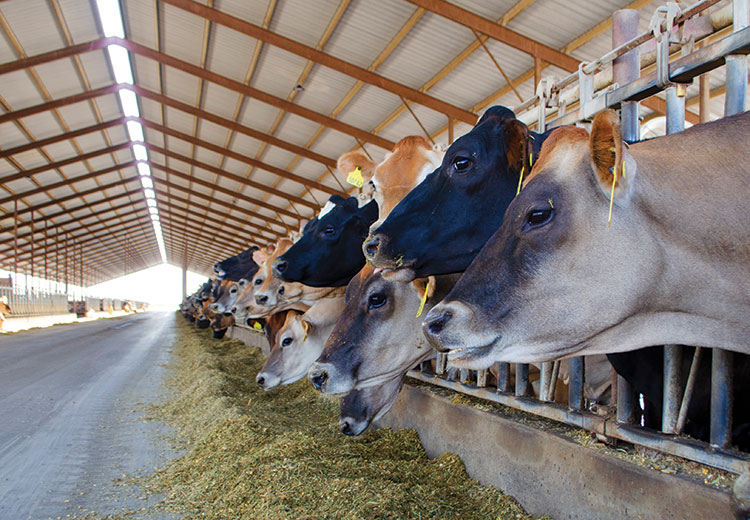 Dairy producers are well aware of what milk fever does to a cow. Muscle weakness and recumbency are the most visible signs, and if the condition is left untreated, it can lead to death. Thankfully, much research and product development has been done to try and prevent milk fever through manipulation of the dietary cation-anion difference (DCAD) and macrominerals of close-up cow rations. However, subclinical hypocalcemia is a disorder that still takes its toll in postpartum cows.

What is subclinical hypocalcemia (SCH)? Unfortunately, the answer is not simple, and it is important to understand some caveats related to this disorder before we attempt to define it. In this article, we highlight some key aspects related to the interpretation of postpartum blood calcium (Ca) concentrations before we try to best characterize SCH.

For decades, we have known that dairy cows have a drop in blood Ca concentration after calving. However, we always envisioned this reduction as being detrimental, mainly due to the cow being at a higher risk of developing milk fever — and this is correct to some extent. Times have changed, and well-managed herds can attain less than a 2% incidence of clinical hypocalcemia. If producers are correctly managing their transition cow diet to minimize milk fever, there is no need to panic over a cow having low blood Ca immediately after parturition.

In fact, we just recently discovered that cows with reduced blood Ca concentration in the first 24 hours after calving have increased milk production. In other words, it is physiologically normal for cows to have a reduction of blood Ca right at the initiation of lactation and, as long as it is above some lower boundary (provided the cow does not succumb to milk fever), it is a desirable indicator.

In one of our large observational studies using five herds across New York state, multiparous Holstein cows with a greater reduction in blood Ca concentration in the first 12 hours after parturition produced more milk compared to cows with only a modest reduction in blood Ca at that time-point. Since our study was published, this association has also been reported in a large study performed by a group in Germany.

Interestingly, we have found that the same is true for Jersey cows in a study performed in one herd in West Texas. Reduced blood Ca concentration at around 24 hours after parturition was associated with greater early lactation milk production. Finding this relationship across geographical regions and breeds gives us more confidence that this phenomenon is normal for a dairy cow.

The issues with SCH develop when cows are not able to rebound to more normal (or expected) Ca concentrations by three to four days after calving. This became evident when we performed a foundational study to try and understand the epidemiology of SCH. The question we aimed to answer was simply this: If blood Ca concentration in the first 24 hours after parturition is not reflective of diseases and impaired production indices, when is having low blood Ca bad?

To answer this, we repeatedly sampled cows in the first week after parturition to observe if and when blood Ca concentrations were associated with a spike in disease risk and reduced milk production. To our surprise, the answer became slightly more complicated than we first thought.

We discovered that the relationship of low blood Ca concentration being associated with high milk production or an upcoming problem was due to when a blood sample was collected. In other words, the days in milk (DIM) at which a blood sample was collected for assessment of Ca relative to parturition changed the story. To summarize, here are the highlights of what we learned from this study:

The changing dynamics of SCH is what makes this disorder more complex than previously documented. In our opinion, SCH monitoring may be too simplistic if a single blood sample is obtained in the postpartum period, due to the temporal associations of blood Ca with milk production or certain diseases. In an upcoming article, we will build upon this subject and discuss how monitoring calcium dynamics may be a better strategy to categorize SCH. Stay tuned!

1. It is physiologically normal for high producing cows to have low blood calcium the first day after parturition.

2. Multiparous cows that experience a greater degree of reduced blood calcium in the first 24 hours (without succumbing to milk fever) are the highest milk producers in the herd.

3. Multiparous cows that fail to return to normocalcemia within four days after calving are the ones with the greatest risk of suffering from diseases like metritis and displaced abomasum; they also produce less milk in early lactation.

A legacy lives on
Features
Related to:
features, nutrition
In Nutrition