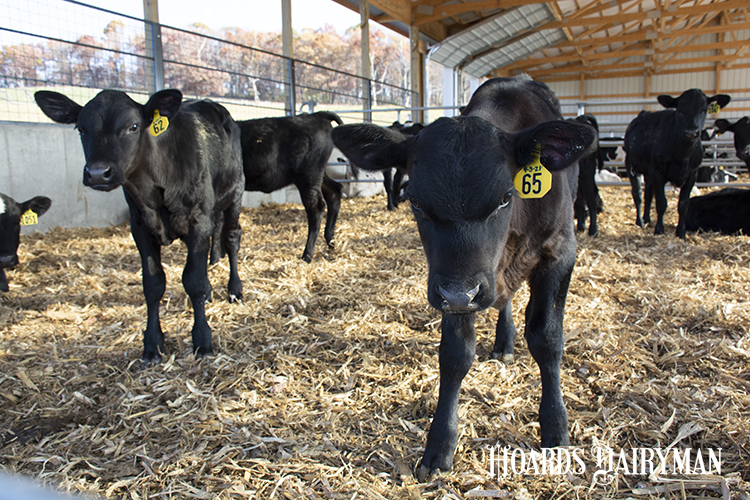 Watching input costs from nearly every angle rise, the dairy industry is getting the boost it needs from Class III and IV milk prices either near and exceeding record highs. At these levels, milk prices are more than high enough to offset the climbing input costs. How long will that be the case?

Historically, the dairy sector has had a tendency to respond to high prices with aggressive production increases, which quickly turn markets back down. While cow numbers are on the rise this time around, growth will be limited. That’s because the upside potential for milk production growth is the limited availability of replacement heifers.

According to its January cattle report, the USDA expects 2.84 million heifers for milk cow replacement to calve this year. That is nearly 80,000 head fewer than last year, and the lowest inventory since 2004, when the total milk cow herd in the U.S. was 8.99 million head compared. At the start of this year, the milk cow herd was 9.38 million head.

The tighter heifer supply has led to higher prices for replacements. Unlike milk prices, replacement prices have not climbed back to 2014 levels yet, but auction values for springers in the Northeast and Upper Midwest have climbed 40% to 60% from last year’s levels.

What has led to this small herd of replacement heifers? If we look back to between six and 12 months ago, the outlook for milk prices looked grim, and feed costs were climbing. Culling accelerated, the milk cow herd declined, and fewer heifers were held.

Although RaboResearch believes milk prices will stay high, which will offset higher costs, it’s still not an ideal environment for raising heifers. With high grain prices, I expect the cost of raising heifers will remain elevated for the next couple years. Any forecast, including RaboResearch’s milk price forecast, has a shadow of uncertainty. That uncertainty presents the risk of raising expensive heifers that would enter the milk herd in a lower milk price environment.

Over the past several years, a number of technologies have come along that allow for much more precision in managing calves. Beef-on-dairy cross genetics, in particular, have given producers much better control over the calves being born from their herd. A beef-on-dairy-crossed calf will command a higher price when sold into the beef herd, but there’s no turning back and returning it to the milk herd if milk prices rise.

Since 2017, dairy-breed semen sales have fallen by 26% (6 million units) while beef-breed semen sales have increased by 242% (6.2 million units). This shift has represented a change in mindset away from holding onto extra heifers and instead being purposeful about diverting calves into beef channels from the start. The industry has structurally shifted to a model of reduced heifer availability, which is helping to tap the brakes on expansion.

While high prices may make the idea of adding cows tempting, expect replacement costs to remain high and inventories to remain limited. The limited heifer availability should help to buoy milk prices.

What might another recession mean for dairy?
By Ben Laine, Rabo AgriFinance