The author is a member of the board of directors with Citizens State Bank of Loyal, Wis., and owns Gary Sipiorski Consulting LLC.

The Federal Reserve has finally come to the conclusion that inflation is real, it’s here to stay, and it’s not as transitory as previously thought. Reflecting on the 1970s and 1980s, it is apparent that once prices rise, they do not come down.

The Federal Reserve looks at a mountain of economic numbers in making decisions. However, its two main jobs are to watch two major indicators — unemployment and inflation. When the data is going in the wrong direction, it tries to do something about the situation in order to get the economy back in line.

The Federal Reserve would like to see unemployment at 4% or less. The other goal is to keep inflation under control or near 2%. One of the tools the Federal Reserve uses to maintain those two major economic numbers is to move interest rates. The present thought is that the Federal Reserve is signaling rate hikes of 0.25% to 0.50% at each meeting at this time.

Unemployment is just under 4%, so that is in line. That, of course, is subject to some interpretation. The unemployment rate has slipped under the Fed’s long-term estimate of 4%, based on the 62% of the U.S. population who actively seek employment.

Meanwhile, the current inflation rate is running over 8%, and no one knows if or when it will stop. Therefore, that is the reason for moving interest rates higher.

There are several factors that are moving inflation at a brisk pace. The general definition of inflation is too much money chasing too few things to buy. Certainly, the COVID-19 situation disrupted economies worldwide. Employees not able to do their jobs in a “just in time” economy creates shortages in processed and manufactured goods. Plant workers and truck drivers in quarantine and ships not able to unload containers all result in shortages. Some of these situations added to energy prices heading higher as well. Energy was one of the big reasons behind inflation in the past.

In the last two years, reserve banks around the world printed new money and governments borrowed and sent out out massive amounts of money to individuals, households, and businesses. Remember the basic definition: “Too much money after too few things.”

Milking cows and farming ends up right in the middle of this disorder. All of agriculture relies heavily on borrowed money due to the huge amount of assets needed to operate in the food-producing business called farming.

Interest rates reached their highest level in the 1980s. Since then, the charts show a steady downward trend. For the most part, many farmers chose to keep their loans on a variable interest rate that changes monthly. Others locked in interest rates for a given time to avoid an interest rate surprise. Lenders may have suggested what they thought best; however, the final decision always end up with the person signing the contract.

It appears the entire business world is now moving into a different story line — which looks like borrowing rates will move higher. No one can say how far or how long the rate changes will go on. Below is a thought process dairy owners need to consider and talk over with their lender.

1. Review the loans that are on the balance sheet.

2. Look at the loan papers that were signed when the loans were made.

3. What is the interest rate, terms, and details of the agreement?

4. A clarification with the lender may be in order if some explanation is needed.

5. Look at and ask about specific details such as prepayment penalties and other clauses.

6. Keep in mind if a loan has a longer-term locked interest rate, there is no reason to do anything. After all, the rates were locked in to avoid future higher interest rates. Be aware that if a loan is maturing or needs new money added on to it, the loan will be rewritten with new terms and new interest rate choices.

7. If the loan is on a variable rate, this is a good time to discuss what a fixed rate would be for the loan. Look at the difference between a new fixed rate or just keeping a variable rate. Some may decide just to stay with the variable rate even if those rates increase in the next year. No one will be able to tell how high the rates will go, if they will level off, keep going, or even come back down. All are unknowns.

8. Variable rates are common with lines of credit. There may be no choice with these loans.

9. Run a stress test on the cash flow projection for the farm to see what interest rates the farm can withstand.

Interest rates have been low for a long period. Low rates tend to lull people into not giving this area of the business a lot of thought. That’s an ill-advised decision. Now is the time to have a discussion with your lender.

Always remember it is up to the owner to study the situation, do the math, ask the right people good questions, and make the final decision.

It’s all about location
Reproduction E-Source
Related to:
features
In Features

Don’t let injuries get you down
By Gary Sipiorski

Features
What are you doing with higher milk prices? 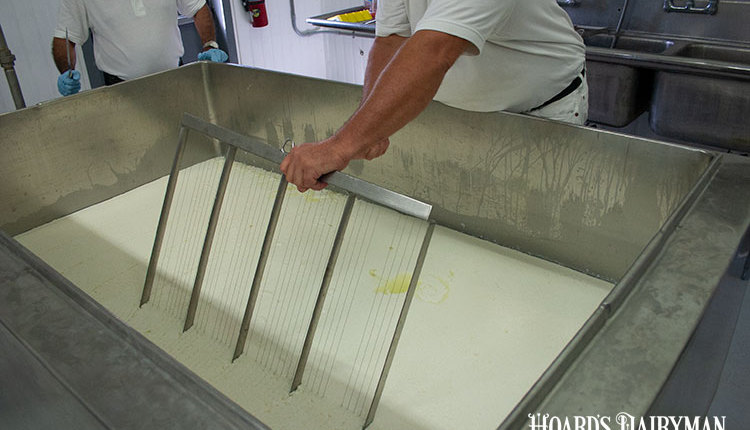 Features
How can your farm business get past the pandemic?
comments powered by Disqus