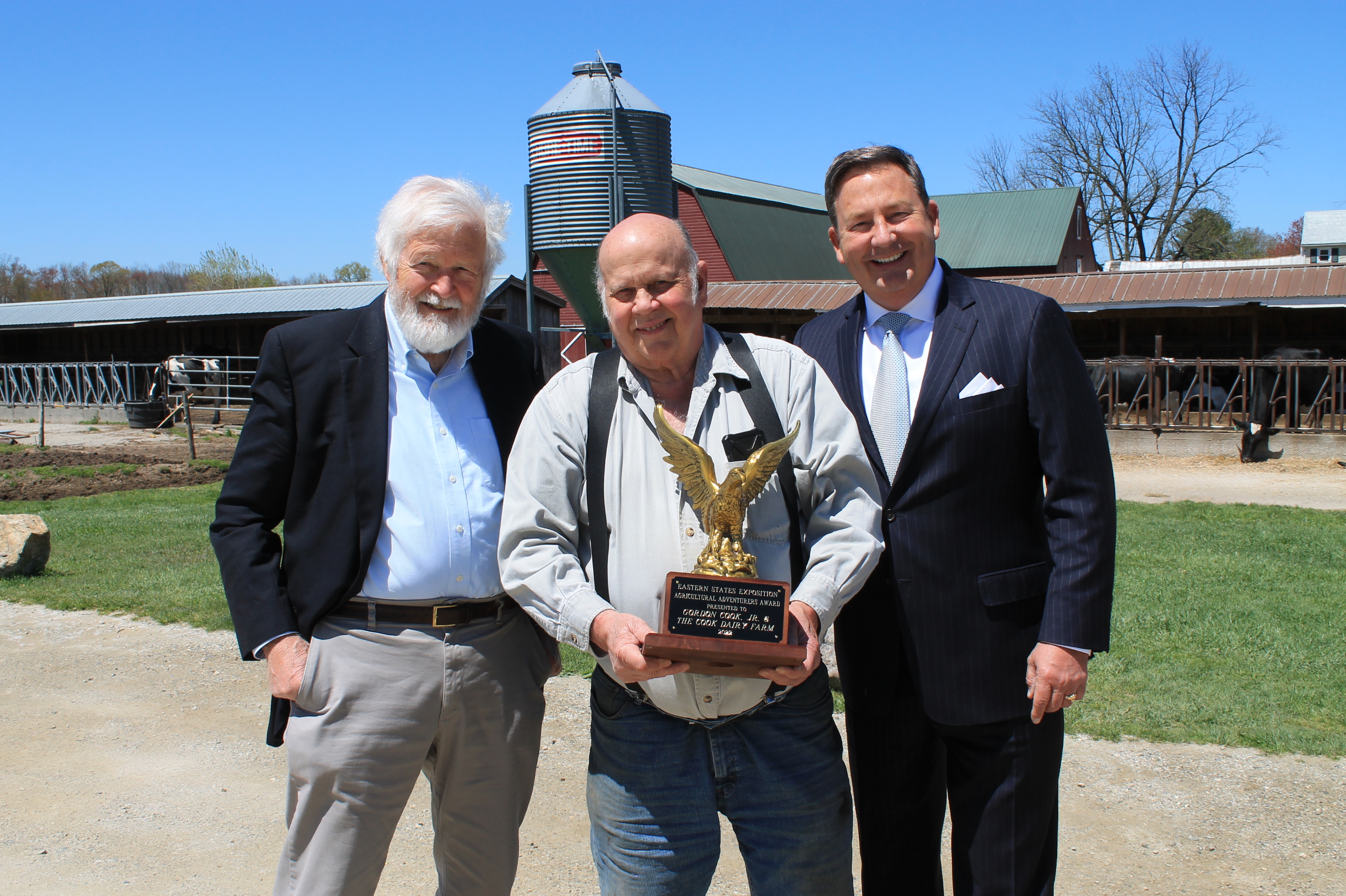 The award, sponsored by Eastern States Exposition, was given to the premier Holstein breeder and century dairy farm in recognition of Cook’s work in the purebred cattle industry, advocating for dairy farmers as well as his service on the Northeast Interstate Dairy Compact Commission.

He is a former breed executive. He received his Bachelor of Science degree in Animal and Veterinary Science from the University of Massachusetts and returned to the family farm in the mid-1980s, taking over from his father, Gordon “Pop” Sr. who was himself born on the farm.

Joseph G. Cook, founder of Cook Farm, purchased and began his legacy in 1909. The farm has been handed down through the generations with Gordon, Jr. (Gordy), and Gordon III (Hank), third and fourth generation, currently running the farm, and Hank’s children, the fifth generation, living on the farm.

While Hank managed the day-to-day operations of the farm, Gordy served in several roles within the Holstein Association USA, including two terms as At-Large Director, Vice President and President. He chaired the Legislative Affairs Committee, and served on the International and Executive committees. Gordy was also an integral player in The Northeast Dairy Compact, a formal agreement between the New England States, which was enacted through legislation to create regional pricing for milk sold in the New England states. Gordy served on the Compact Commission, which aimed to ensure the viability and sustainability of New England dairy farming. In his role with the Holstein Association and as a Mass dairy farmer, Gordy further advocated for producer-controlled supply management and milk pricing, even testifying before Congress to garner support.

Cook Farm won Premier Breeder for 18 consecutive years at the Massachusetts State Dairy Show, and embryos from their herd have been sought out and sold to farmers around the world from England to Japan to Canada.

Through choice purchases and skill, Gordy and Hank developed an outstanding herd of Holsteins. Their ability to breed and develop Holstein genetics has been recognized in several spheres. They have sold and exported animals throughout the world. The Cook Dairy Farm herd has continuously ranked among the best in the country for type conformation – in 2020, they ranked 12th in New England and 27th in the country. They have won multiple breed awards including the New England Master Breeder Award, the Holstein Association’s Progressive Breeders Registry Award and Progressive Genetics Herd Award, with the farm receiving the latter two consistently for decades.

In the show ring, Cook Farm has competed at Eastern States Exposition for many years. Though elite breeders, they have also always been willing to open their barns and take time to support generations of 4-H youth to learn, practice, and develop skills in high quality dairy judging or evaluation of breeds.

Back on the farm, recognizing the need and opportunity to diversify the business in the ever-changing agricultural industry, Gordy’s late wife Beth, had a vision: an ice cream stand and farm store named Flayvors of Cook Farm, which became a reality, opening in 1998. Led by Hank’s wife Debby, Flayvors provides the public an open farmyard experience and unique ice cream flavors, such as Inez and Ginger, named for the two iconic cows on the stand sign, and Hadley Grass, an asparagus blend well known by locals. Over the last twenty years, the store has also become a source of raw milk, meat, and local quality food, as well as providing a valuable and memorable window into agriculture.

The Cook family exemplifies the hard work, innovative thinking, and dedication required for a successful lifetime in agriculture.

Cook Farm is now in its fifth generation with Hank and Debby’s kids playing key roles. Through the years, each member and generation of this family farm has enabled and supported innovation and collaboration, ensuring the continued success and development of the family, farm and community through agriculture.

The Fellowship of Agricultural Adventurers has honored outstanding leaders in New England agriculture since 1953. A special committee, appointed by the trustees of Eastern States Exposition, selects its annual fellow on the basis of innovation, pioneering and lifetime dedication to the betterment of agriculture. 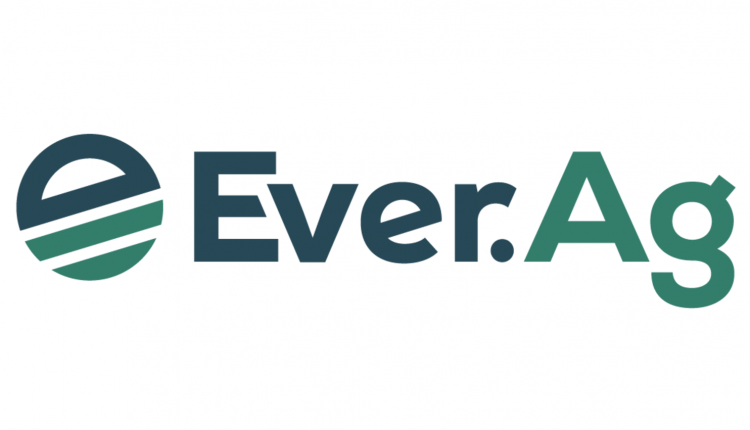 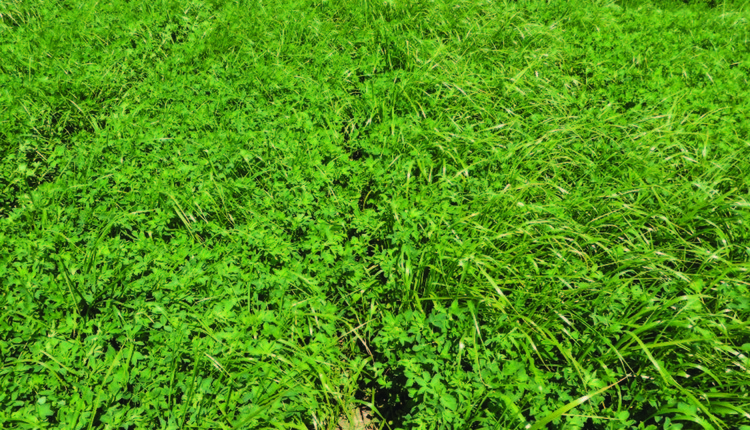 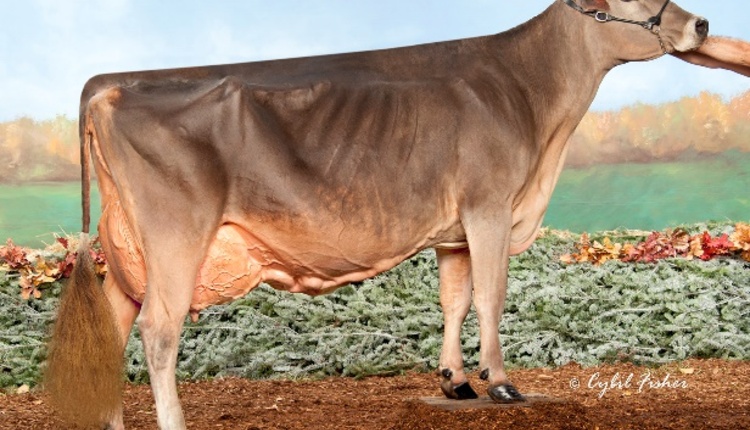