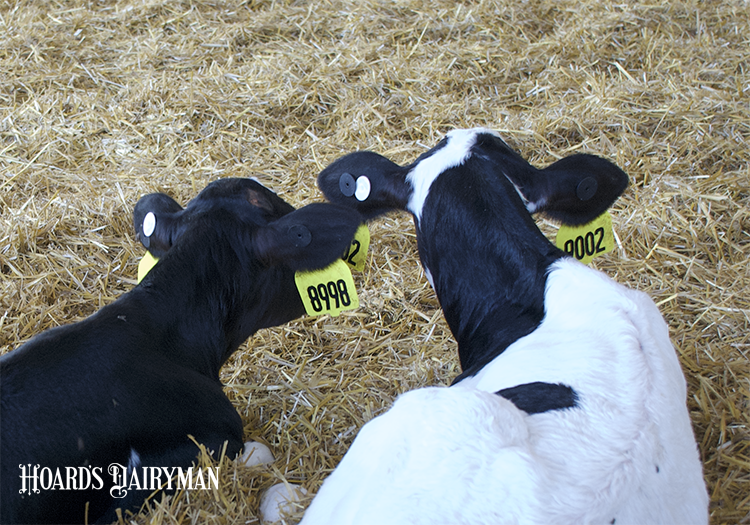 When evaluating calf housing, we must look at what will work best for the producer and the calf.

“We can’t forget about the calf,” stated University of Minnesota’s Whitney Knauer during the July Hoard’s Dairyman webinar. “She is our stakeholder.”

A producer wants calf housing that is labor efficient and economical, and a system that results in a healthy calf with a long, productive life in the herd. Similarly, the calf needs housing that allows it to be healthy and grow well, and shelter to keep it free from fear, pain, and distress.

Another important feature for the calf is the ability to socialize. This is an element missing from the individual calf housing that is commonplace on many dairy farms. While some farms have moved to raising calves in large groups, that is not an option for every operation. An easier to implement alternative, Knauer said, is to consider pair housing.

“When we think about the benefits to the producer and the calf, any kind of social housing wins compared to individual housing,” she said.

To successfully raise calves in pairs, Knauer offered a few pieces of advice. The first is to pair calves within the first three weeks of life. Keep the age difference between paired calves less than 14 days, and ideally, no more than 7 days. Pairing calves earlier in the preweaned period has been shown to improve starter intake and subsequent growth.

The next recommendation is a thumb rule of “two calves, two hutches.” Knauer said more work is needed to better determine how much space pair and group calves truly require, but the current standard is at least 35 square feet per calf, and more resting space is better. Based on observations, Knauer said that paired calves will often occupy the same hutch or pen space, even if two are available, but the main point is ensuring there is enough resting space, especially as those calves grow and approach 200 pounds or more at weaning.

To maximize growth potential and minimize cross sucking, Knauer said to feed enough high-quality milk or milk replacer per feeding. She recommended feeding a high milk allowance of 1.8 pounds of dry matter per day, or at least 6 liters per day. Feeding calves from a bottle or nipple bucket can also alleviate the cross sucking behavior.

In addition, each calf should have its own starter bucket and water bucket in the pen. “We don’t want to limit intake by only offering one bucket. Offer multiple opportunities,” Knauer said.

To learn more, watch the Hoard’s Dairyman webinar, “Housing calves in small groups: The pros, cons, and best practices.” The sponsor for this webinar was Agri-Plastics.