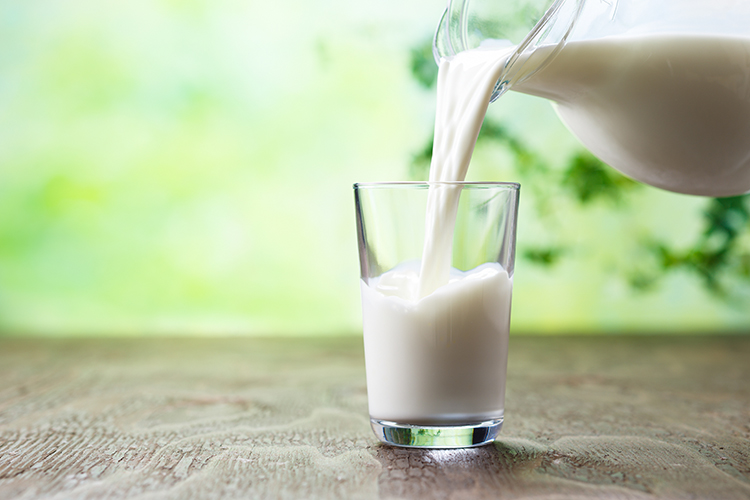 While overall domestic dairy product consumption stands at the highest level since 1960, the fluid milk category has not been contributing to that positive metric. That’s because fluid milk sales tumbled to 44.5 billion pounds last year. That total was down 4% from the previous year, and the 1.85 billion-pound downturn in sales represented the largest one-year reduction on record.

By way of comparison, the beverage category totaled 43.4 billion pounds in 1955. That also makes last year’s 44.5 billion-pound figure the lowest total posted in 66 years, according to data from the United States Department of Agriculture (USDA). However, there is a major difference when comparing those two figures — a 170 million person spread in the U.S. population. In 1955, the U.S. had close to 160 million people, while that number more than doubled to reach 330 million by 2021. That means per capita milk production, or the amount of milk each person consumes on an annual basis, has been cut in half and is compounding fluid milk’s woes. 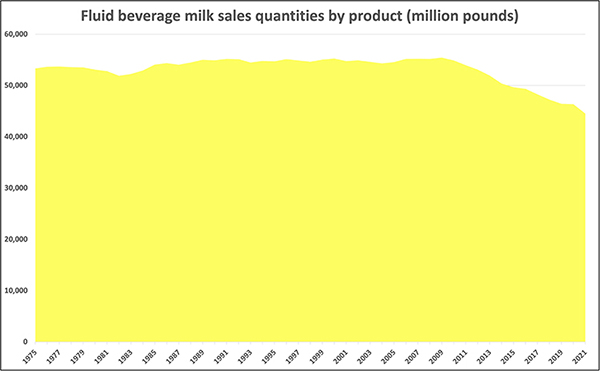 Circling back to beverage milk, the overall fluid category peaked at 55.4 billion pounds of sales in 2009. Again, that is a shear sales total and does not consider per capita data as the U.S. population has grown considerably. While fluid sales were off 4% in 2021, fluid milk sales were off a much larger 16.2% over the past decade.

Despite fluid milk’s woes, dairy demand does remain strong. U.S. consumers eat 655 pounds per person or per capita. Over the past 10 years, the growth rate was 52 pounds per person. Overall, domestic dairy consumption has grown 22% since 1975. If fluid milk could have just held steady, the growth in domestic dairy consumption could have been much higher.