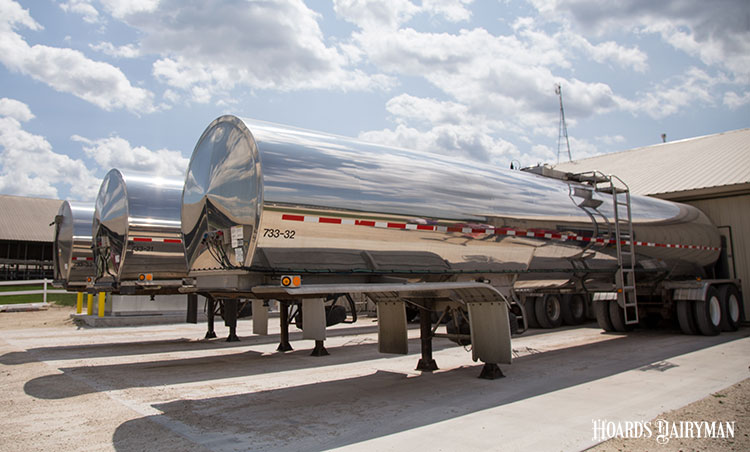 “PPDs” had become a four-letter word in dairy farmers’ lexicon when negative producer price differentials (PPDs) exploded onto the scene in June 2020 at the onset of the COVID-19 pandemic. While those negative numbers PPDs most certainly looked ugly on the milk check, ample time to reflect on the entire series of events has delivered this perspective: Any possible solution to negative PPDs may be worse than the situation itself.
A little over two years later and the economic pendulum has swung in the entirely opposite direction. “The producer price differential for August 2022 for the Northeast Order set a record high at $5.32 per hundredweight (cwt.) at the base location of Boston, Mass.,” announced Shawn Boockoff, market administrator for the Northeast Federal Milk Marketing Order.

What PPDs represent
“The PPD is one portion of the total revenue paid to dairy farmers marketing milk in a federal order that pays producers based on milk components,” continued Boockoff in the Federal Order No. 1 August 2022 newsletter. “It represents the difference between the market-wide pool revenue, or the pool classified value, and the amount paid out to producers for their milk’s component value (butterfat, protein, and other solids) at the standardized level.”

Boockoff and his team went on to explain that the PPD can have extremely varied levels of contribution to the overall Statistical Uniform Price (SUP). The added value occurs when producer milk is used in classes other than Class III that have prices above the Class III price. That is certainly taking place given the high Class IV prices largely driven by butter.

“For the month of August 2022, the difference between the classes other than Class III ranged from $4.71 to $8.28 per cwt.,” Boockoff pointed out. “With nearly 70% of the total pool volume priced at the higher valued classes and those classes having significantly higher prices than Class III in August, a larger than usual amount of money was generated that was then distributed to producers resulting in the $5.32 PPD. Each producer would receive this PPD adjusted to the location of the plant where their milk was delivered.”

“This shows that a negative PPD does not necessarily result in diminished producer revenue. The negative PPD results when the total value of producer components exceeds the pool’s classified value – when the Class III price is the highest of the class prices,” shared the Northeast order administrator. “The calculation of the PPD can be thought of as an accounting method to ‘balance the books’ of the monthly federal order pool.”
Read The Calming Seas for PPDs to learn more on the topic.