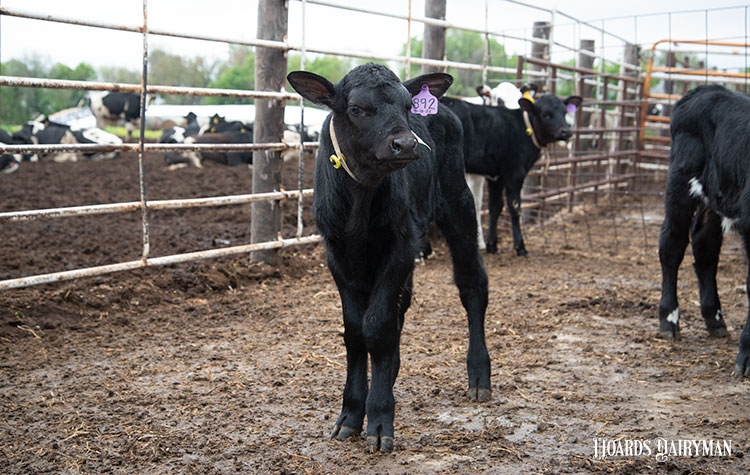 Dairy producers recognize the valuable role colostrum plays in raising calves. That first meal is truly instrumental in setting animals up for success.

The bar continues to rise when it comes to standards for colostrum quality and management for dairy calves. During Australia’s Growing Beef from Dairy Conference, University of Guelph’s Michael Steele noted that the same criteria for colostrum feeding should be used for dairy-beef crossbred calves, a population of animals that is growing in number.

“Keys for successful colostrum management are arguably just as important for these beef on dairy calves,” Steele said. As a rule, he said colostrum should have a Brix reading of at least 22 and at least 60 grams per liter of immunoglobulins (IgGs). “This is the colostrum we should be feeding these beef on dairy animals,” he stated.

The first colostrum meal should be fed within an hour of birth, which Steele noted is a benchmark not commonly met. He also encouraged producers to feed larger amounts, aiming for 10% of a calf’s body weight in colostrum consumption within the first 12 hours of life. “And if they can consume more than that by bottle, I would give it,” he added.

Cleanliness is also key. He said pasteurization is one option to deal with pathogen contamination, as is doing a better job with colostrum collection and storage.

While little research has looked specifically at dairy-beef crossbred calves, studies have shown that really poor colostrum feeding can lead to reduced average daily gain up to 180 days of age, which negatively impacts feed efficiency. These two factors are important when raising these animals for beef.

Beyond colostrum, Steele said to consider a higher plane of nutrition for these animals. “Before calves consume much starter, by about 4 weeks of age, there is a huge advantage to feeding more milk,” Steele explained. “When you feed more milk, you get very efficient growth off of it the first three to four weeks. We can’t capture that gain ever again.”

When it comes time for weaning, Steele recommended a stepped down program, particularly if calves have been fed greater amounts of milk. Calves should be weaned after 8 weeks of age; he said weaning earlier than that often backfires. A step-down protocol should span a two-week period, and multiple steps in the process would be better.

While the industry has more to learn about raising the calves that result from beef on dairy breedings, we know that nutritional programs early in life have long term impacts on animals, and dairy-beef crossbred calves are no exception. “We shouldn’t sleep on beef on dairy,” Steele stated.