Dairy has a trustworthy story to tell 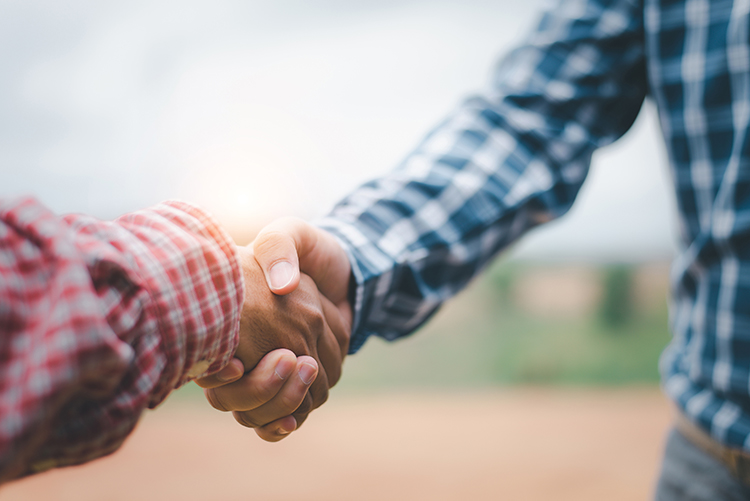 What does it mean to maintain a social license? Whether the phrase is explicitly described or instead implied, this is a concept more and more consumers are demanding from their food suppliers. If dairy wants to retain its current customers and gain new ones, it will be necessary to continue having the social license we have held for centuries.

Simply put, a social license is the acceptance of a business or industry’s practices by the public and relevant stakeholders, said Chris Wolf on the October 12 Hoard’s Dairyman DairyLivestream. This is important for many reasons, but Wolf picked out one as the most fundamental to those that operate a dairy farm and every business that supports dairies.

“Without social license, industries end up regulated and monitored,” said the Cornell University agricultural economist. “They end up with extra laws and regulations they have to deal with, which increases cost and makes things less efficient.” While there are certainly already many standards dairy industry businesses must comply with to ensure animal and food safety, no two farms operate exactly the same as each chooses the strategies that work best for them.

The good news is that this approach is largely retaining trust in farming. An extremely reassuring example is the fact that per capita dairy consumption reached its highest level since 1959 last year. In 2021, each American ate and drank, on average, 667 pounds of dairy products, as reported last month by USDA.

On a broader scale, Wolf pointed to a survey that Gallup conducted in 2020. When more than 1,000 citizens were asked whether they had a positive, negative, or neutral image of various consumer industries, farming and agriculture garnered the most positive reception, with 69% of respondents answering favorably. The sector had already been among the top-rated industries in years prior, and the pandemic gave it a boost to the top spot.

Additionally encouraging are the facts that are on that same list, the grocery industry had the second-most positive response and the restaurant industry ranked third. All three achieved a more than 60% positive perception. “So, the entire U.S. food industry is very trusted by and admired by consumers and citizens,” Wolf said.

Of course, we know there is still work to do. In that survey, 11% of respondents had a negative view of agriculture, and while not all of those people would even be receptive to a change of opinion, the survey also reported that 19% of people were neutral about the industry. More than 98% of Americans don’t farm, and a growing number of those don’t even know someone who farms or have ever been to a farm, so they don’t have any context about agricultural production. Remaining proactive in explaining dairy’s story and making good decisions will be critical in leading the discussion about what dairy provides for its communities and the world.

Fortunately, we have a strong foundation to stand on, built up from decades of good work. “The trust that’s built up already suggest that there’s a lot of social capital built up for the dairy industry that could be leveraged,” Wolf said.

To watch the recording of the October 12 DairyLivestream, go to the link above. The program recording is also available as an audio-only podcast on Spotify, Google Podcasts, Apple Podcasts, and downloadable from the Hoard’s Dairyman website.

The next broadcast of DairyLivestream will be on Wednesday, November 16 at 11 a.m. CT. As of January 2022, we moved to a new system. If you have not yet, you will need to re-register to continue receiving email updates and links to the webcasts. You can sign up here now. Registering once will sign you up for all future events.