I place this fine class of Holstein cows D B A C. D easily wins this class with her combination of modern dairy strength and the fact she has the best udder in this class. When you view the cows from the side, D holds her udder floor higher above the hock than does B, plus, D has a snugger and longer fore udder attachment and has more width at the top of the rear udder compared to B. D also is wider in her chest, deeper in her fore rib, and has more depth and spring of rear rib. Additionally, D is wider about her hips, pins, and thurls. Lastly, D stands with her legs more squarely beneath her rump structure with less set to the hock. Yes, I do admire that B has her teats placed more centrally on the quarters.

In the middle placing, B follows the dairy pattern established by the winning cow. B is longer and leaner in her neck, cleaner in her brisket, sharper over the shoulder, flatter and more incurving in the thigh. B has much more bloom and capacity to the mammary system, especially when the cows are viewed from behind where B has a dominating advantage in width of rear udder. B also exhibits a more open dairy rib and spells more milk from end to end than A. I do admit that A does hold her udder floor higher above the hock than B.

In the final placing, A goes over a similarly made cow C due to her advantage in overall strength and correctness to the udder. A is a stronger-made cow from end to end by being wider in her muzzle, chest, and rump. Furthermore, A has more spring of rib with a more desirable tail head setting. As you look at the mammary systems, A has a longer fore udder attachment with a more nearly level udder floor. I do grant that C is sharper over the shoulders, but she lacks the height of rear udder and correctness of rear feet and legs to place higher.

PAUL TRAPP
Taylor, Wis.
Trapp placed the HOLSTEINS. He is a regional sire analyst with ABS Global. He and his wife, Sarah, and two sons also own an elite group of registered Brown Swiss, Jerseys, and Holsteins receiving All-American nominations across all three breeds. A graduate of the University of Minnesota, Trapp earned All-American Judging honors in both the national 4-H and college contests. Trapp has judged shows in 15 states and in Australia, Brazil, Canada, Puerto Rico, and Japan. At World Dairy Expo, Paul served as the 2010 Associate Guernsey Judge and was the lead judge for the 2011 International Milking Shorthorn Show.
SCORING KEY 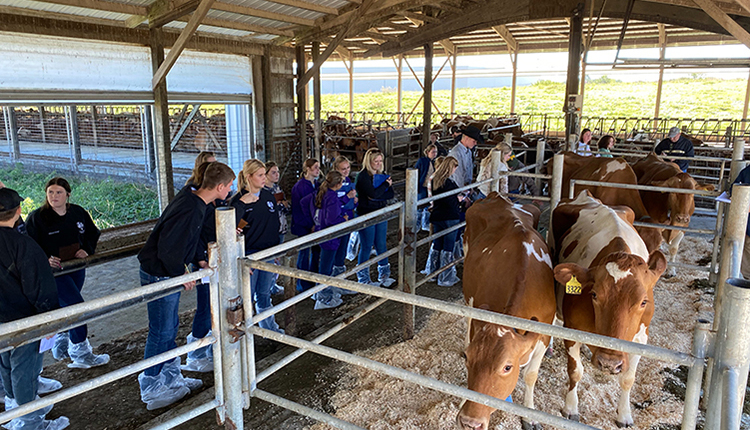 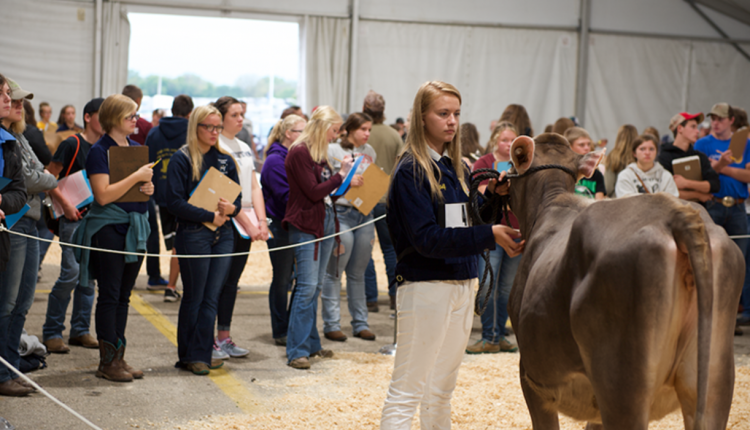