Our future in yogurt

By Hoard's Dairyman staff   @hoardsdairyman
Consumer demand for dairy products slid last year - commercial disappearance was down 1.2 percent. While this may be disappointing to hear, there is one product category that is making plans for serious growth in the U.S. market: yogurt. 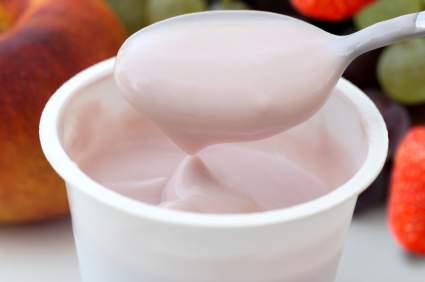 One of the stars of the yogurt world is Dannon, owned by the French company Danone. You likely are most familiar with their U.S. brand Dannon which is the maker of products like DanActive, Stoneyfield Organic, Activia, and their children-focused product Danimals. Just last week, it was reported by Reuters that the yogurt giant is taking a big aim at the U.S. market. Gustavo Valle, the chief executive officer of Dannon, said the U.S. market is still very underdeveloped with consumption six times lower than in Western Europe. Six times lower. That's a lot of yogurt and that's a lot of milk. Europeans typically eat plenty of Greek yogurt - a strained, less sweet, thicker version of our sugar-loaded cups in addition to being part of meals other than breakfast. The CEO was even so bold as to say "In four years, we can double the consumption per capita." Currently, Dannon and its top U.S. competitor Yoplait (owned by General Mills) account for 67 percent of U.S. sales. With basement milk prices last year, Dannon cut prices by 3 percent to 5 percent in the middle of 2009. This move gave sales a 15 percent jump in the last half of 2009.

Mintel market research reported early in 2010 that sales of yogurt and yogurt drinks have grown in recent years. U.S. sales of product category grew 32 percent between 2004 and 2009 with sales at $4.1 billion. As far as yogurt production goes, the USDA annually releases information on yearly totals. Information released last may revealed that in 2008, 3.5 billion pounds of yogurt was produced at 110 yogurt plants in the U.S. In 2000, that production mark was just 1.8 billion from 77 plants.
Related