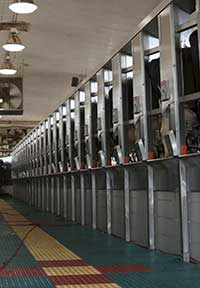 While production in the 23 major dairy states was up 1.2 percent in October, the increase was a straight 1 percent nationwide. October's total milk output was 16.425 billion pounds, while the top 23 states had all but 1 billion of that total.

In the top 23 states, cow numbers were up, as was output per cow. However, the states of Idaho, Illinois, Missouri, New Mexico and Oregon all saw less milk production as compared to last year. The big movers were Florida (5.8 percent increase), Kansas (5 percent rise) and Utah (4.5 percent boost). Modest gains were seen by Iowa and Virginia, both at 3.8 percent increase over 2012, followed closely by Indiana at 3.4 percent.

More reports are available from the National Agricultural Statistics Service at http://www.nass.usda.gov.