Should you pay more to use antibiotics?

By Hoard's Dairyman staff   @hoardsdairyman
"The development of resistant bacteria over the past 50 years stands testament to the power of evolution. While scientists have discovered or created hundreds of antibiotics to kill bacteria, those bacteria have almost as rapidly evolved to survive their use. The greater the exposure to antibiotics, the more rapid the evolution."

This is how Aidan Hollis, a professor of economics at the University of Calgary, opens his article addressing antimicrobial resistance. Hollis' work was done in conjunction with University of Toronto professor, Ziana Ahmed.

Their solution to slow the spread: impose a fee for on-farm antibiotic usage.

Their validation for this is the oft-quoted statistic that "80 percent of all antibiotics sold in the U.S. are used in animals." Yet, a paper released early last year, "Antibiotics and Animals Raised for Food: Lies, Damn Lies and Statistics," blows holes in this data.

This FDA-generated information is listed in total kilograms of drugs sold - it does not indicate what the antibiotics were used for. When totaled, 87 percent of the antibiotics sold for use in animals are never or very rarely used in human medicine.

In a New England Journal of Medicine article, the pair proposes this solution to what they call "the twin problems of excessive antibiotic use in agriculture and the increasingly desperate shortfall in investment in new antibiotics." They feel that countries should apply fees to all nonhuman uses of antibiotics. Their reasoning for this is fourfold:

They concede though, that an outright ban on antibiotic use would not be the right approach, as the level of veterinary oversight and a potential surge in protein costs would create more challenges than solutions. Additionally, they note that barring all uses of a given type of antibiotic is inefficient; the goal should be to deter only the low-value applications.

Yet, the burden of changing the tide shouldn't fall solely on animal agriculture. Developing an effective solution requires effort from both sides of the resistance equation: animal AND human medicine.

The author, Amanda Smith, was an associate editor and an animal science graduate of Cornell University. Smith covered feeding, milk quality and headed up the World Dairy Expo Supplement. She grew up on a Medina, N.Y., dairy, and interned at a 1,700-cow western New York dairy, a large New York calf and heifer farm, and studied in New Zealand for one semester.
Related 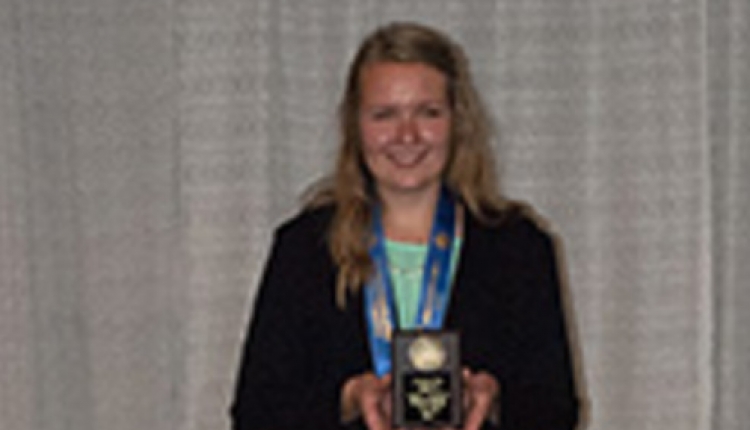