By Patti Hurtgen, Online Media Manager
Each year the National Cooperative's Bank (NCB) generates a list of America's top 100 cooperatives from the 30,000-plus that serve 350 million members in the United States. Generating the list helps educate the public about the value of cooperatives in society.

Agriculture dominates the list with nine of the top 20 rankings. In addition to agriculture, the annual list includes cooperatives for communications, energy, finance, healthcare and grocery to name just a few. These varied cooperative businesses employ over two million Americans.

In 2013, the top 100 cooperatives generated $234.5 billion in revenue. That is a 3.6% increase over 2012. They are a staple and growing segment of our economy and seen as food co-ops, credit unions or housing cooperatives. Sometimes attention needs to be drawn to cooperatives, because they are easy to overlook. They connect with each other, their communities and their members.

Cooperatives are most common in agriculture, and they generated over $148 billion – well over half of the total co-op revenue. Fifty-four different ag co-ops are among the top 100. Grocery was a distant second with a mere 11.

There were six new co-ops on the list, including some with ag and dairy connections. They included Farmers Grain Terminal Inc., Watonwan Farm Service Company and Tillamook County Creamery Association.

The top seven saw no changes over last year. CHS, Inc. continues to outdistance number two Land O'Lakes by three-fold in annual revenue. The leading milk cooperative, Dairy Farmers of America, solidified the third spot with the addition of Dairylea. The next dairy coop listed, California Dairies, settles at number 10 – a jump from number 14. 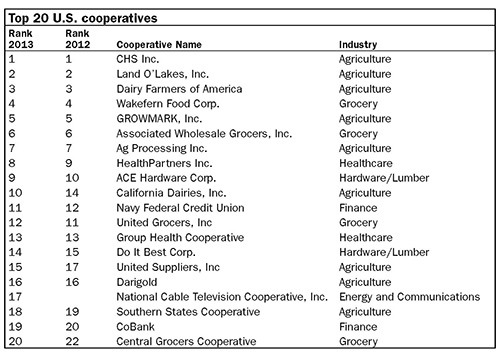 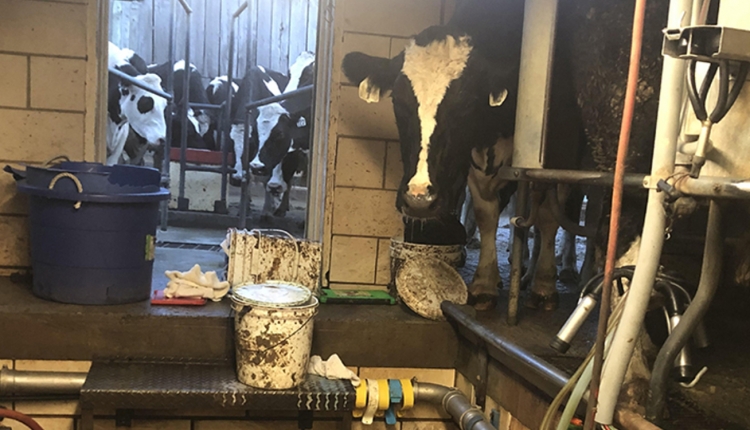 That one cow
HD Notebook
Related to:
HDN
In HD Notebook