Coming back for victory 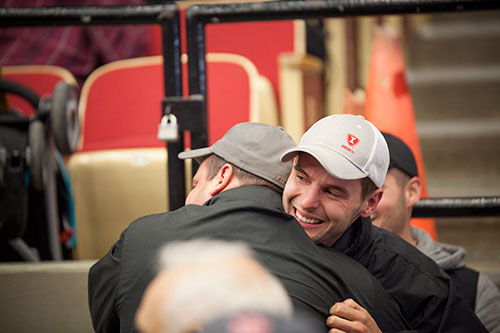 The cows paraded in with the traditional fanfare of the New Glarus Yodel Club and the Swiss bells around their necks. As the yodeling came to an end, Judge Paul Trapp of Taylor, Wis., thanked the exhibitors and breeders that made the show possible before selecting his grand champion. Tom Foss, of Cambridge, Minn., assisted him. 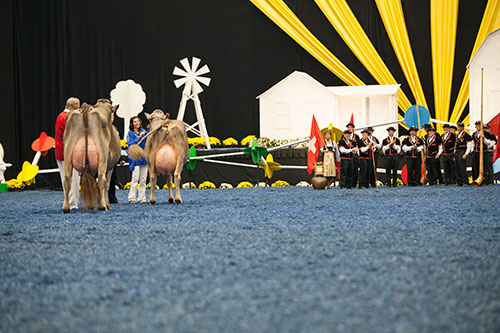 A pair of bred and owned cow stood out on the royal blue shavings. And this year was a comeback for the 2014 Reserve Supreme Champion, Brown Heaven Glenn Fantasy, owned by Ferme Brown Heaven of Vercheres, Quebec. She topped the 5-Year-Old Class and went on to receive Trapp's Grand Champion nod. The second-place 5-year-old, Top Acres Supreme Wizard-ET, owned by Wayne Sliker, St. Paris, Ohio, took Reserve Supreme Champion honors. 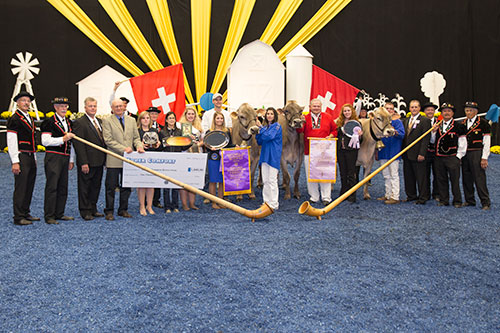 When selecting his senior champions, Trapp noted, "When this pair of 5-year-olds came into the class, both Tom and I were excited." In regards to Fantasy, Trapp added, "She's just a tremendous dairy cow. 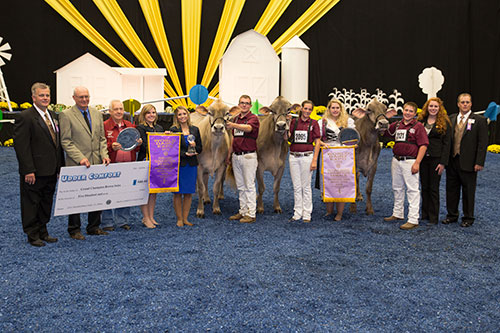 The author, Amanda Smith, was an associate editor and is an animal science graduate of Cornell University. Smith covers feeding, milk quality and heads up the World Dairy Expo Supplement. She grew up on a Medina, N.Y., dairy, and interned at a 1,700-cow western New York dairy, a large New York calf and heifer farm, and studied in New Zealand for one semester.