Block, curd, or shredded, put it on your plate. 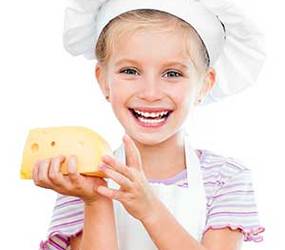 That was a very successful marketing campaign for Blue Diamond Almonds decades ago. I saw plenty of those commercials and almond trees while living in the Central Valley of California. It was a simple message from a nut grower, standing in the middle of my television screen, holding a small can of almonds and inviting everyone to eat just one can a week.

Was it a supply issue? Not that I recall. It was a demand issue. Almond growers wanted to sell more product. And to those who had not been exposed to this tasty nut, I am sure it caused a few to head to the store to make a purchase. Their strategy worked. Acres of almonds now grow on land previously used for corn and alfalfa to feed the state's livestock.

Recently, TV host Stephen Cobert performed a monologue commenting on the high volumes of cheese currently on hand. Some of the surplus can be credited with lower amounts of cheese being exported to countries like Russia and China. His very "cheesy" dialogue touted that if every American ate three more pounds of cheese, the excess supply would be depleted.

So, a social media campaign has been started to try to move 3 pounds of cheese into every refrigerator, and mouth in America. It is called #my3lbs. If each American purchased three more pounds than normal, the goal could be realized.

So, how are we going to do that? Agriculture is about 2 percent of the population. Farmers cannot be the only ones to take on the cheese challenge. Take a moment to think about all the baseball games, picnics, and outings that occur during the summer. Add some extra cheese to those salads, top that potato or French fries with some melting shredded cheese, sprinkle the next batch of spaghetti with some, put cheese curds in a lunch box, or take string cheese to the little league game for the post-game snack. The graduation party I am attending this weekend will have cheese whips - an 18-inch long skinny mozzarella snack. It might look like snakes in a bowl, but it goes fast! Let's start having chats about cheese, while eating our 3 pounds of cheese.

Or try a new cheese with your favorite adult beverage. Wisconsin's "Cheese Cupid" pairs wines, beers, and liquors with different cheese choices to maximize the flavors in each. Visit Cheese Cupid to plan your next cheese adventure.

"Say cheese!" so we all can start smiling again.