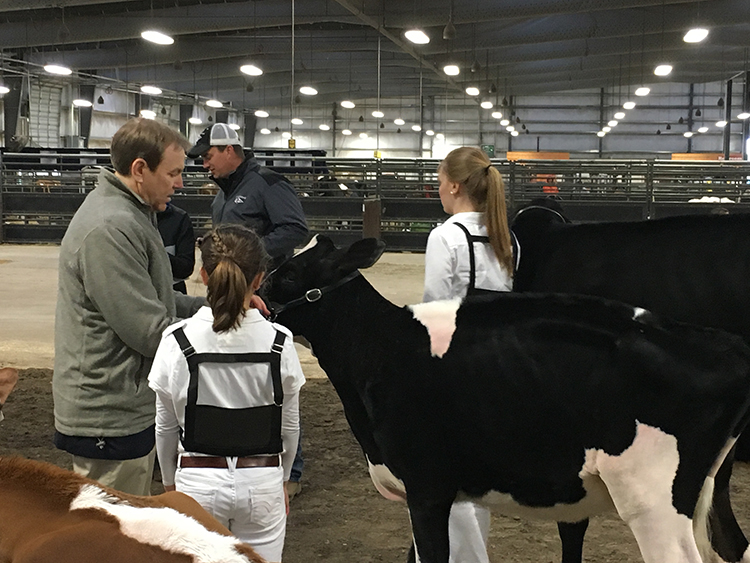 Our office gets calls and emails throughout the year from people asking about showmanship rules and looking for resource material. While the Purebred Dairy Cattle Association (PDCA) is the body that creates the rules, Hoard’s Dairyman has a presence in the dairy community and serves as a source of information.

In the spring of 2012, Hoard’s Dairyman was actively sharing the new showmanship guidelines that PDCA approved in the fall of 2011. We printed three full pages in the magazine, wrote follow-up articles, and blogged on the topic. Unfortunately, there was still confusion among youth, their parents, junior leaders, fair officials, and even showmanship judges. As a result, we developed a section on our website to display these resource items.

Some people were still unaware of the changes, yet others chose to ignore the modifications – quite a disadvantage to youth learning about showing dairy cattle. Unfortunately, the poor acceptance of change made it difficult to prepare youth for competition.

There was a definite need to clarify the new guidelines. The Holstein Foundation staff stepped forward to lead the project. While the name is Holstein Foundation, the organization represents all breeds and supports youth programs across the country. Together with PDCA representatives and dairy volunteers, the concept of educational videos was hatched.

To create the videos, a mock showmanship contest was held this spring during a multibreed event in Madison, Wis. Youth served as showmanship competitors and took direction from the Holstein Foundation’s prewritten script to role-play a series of circumstances. A few scenarios were performed more than once to effectively capture a concept. The videographer (also a dairy youth supporter) and the organizers wanted a quality product and knew the impact this type of teaching tool could have on junior exhibitors.

Several hours of video were taken to ensure quality footage. Later at the office, Holstein Foundation staff combined the written script they prepared with the choreographed video footage. The merged pieces became the video series that was recently released.

The videos currently available include:

Here is the “Entering the Showring and on Parade” Video:

I served on the small committee of volunteers who discussed the creation of the videos. But the driving force was the Holstein Foundation staff who took the initiative and invested many hours making this project a success.

Take the time to watch each video. I encourage everyone, young and old, novice or experienced, to study the videos. They can serve as a refresher or initiate conversation. Share them with fellow members, leaders, and show organizers via links or social media channels. Let’s get everyone on the same showmanship page, or video screen, in this instance!