John Behling takes the helm as President of the Universities’ governance board. 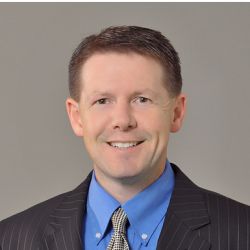 That is the short story of John Behling. At age 46, he is one of the youngest and the first President from Wisconsin’s Chippewa Valley to serve the University of Wisconsin Board of Regents as president. Currently, he is an attorney in Eau Claire for the law firm Weld Riley, S.C. Behling is the firm’s Vice President and chairs their government and administrative law practice.

As a boy, Behling exhibited his Registered Holsteins as a 4-H member at the Polk County Fair and Wisconsin State Fair. He was selected as Wisconsin Holstein Association’s Outstanding Holstein Boy for 1990 and was later a National Distinguished Junior Member Semi-Finalist in 1991.

Behling was a first-generation college student, as his father dropped out of elementary school at the young age of eight to care for the family’s herd of dairy cows following a hunting accident involving his father (John Behling’s grandfather). Including John, all six of the Behling children earned college degrees.

Behling is not the first president with dairy ties to serve the UW Board of Regents. Hoard’s Dairyman founder, W.D. Hoard, served from 1908 to 1911 as well as the magazine’s second editor, A.J. Glover, who held the position from 1939 to 1943. CRI’s Tom Lyon served as President from 1990 to 1992. He was a 1962 graduate of Iowa State University with a bachelor’s degree in dairy science.