Midwest teams slug it out in Louisville

By Patti Hurtgen, Online Media Manager
Teams from Minnesota and Wisconsin were jockeying for the top positions in the youth division (4-H and FFA combined) and collegiate dairy judging contest as each breed’s winners were announced at the North American International Livestock Exposition’s Dairy Judging Contest (NAILE) banquet. At the end of the day, it was the Minnesota teams that pulled ahead to top their respective contests. 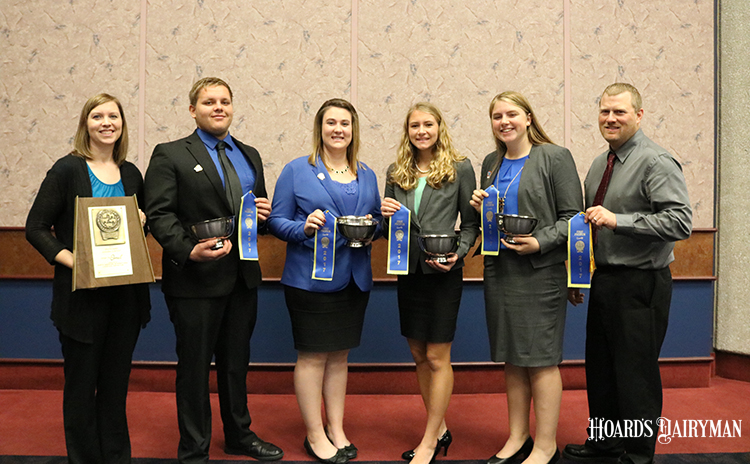 The second place team from Wisconsin was led by the high individual in the contest, Elise Bleck. Her teammates were Vanessa Roberts who placed fifth, Eva Doornink who was eighth, and Colin Uecker who finished 18th. The third place team was Michigan 4-H followed by Massachusetts 4-H and New York 4-H.

In the youth reasons division, Bleck also took top honors. She had a five-point advantage over teammate Vanessa Roberts. (Five points was also her level of victory in the overall competition.) Minnesota 4-H’s Emily Benrud and Mikayla Erf were fourth and fifth in reasons. Miriam Cook of Michigan 4-H was fifth. 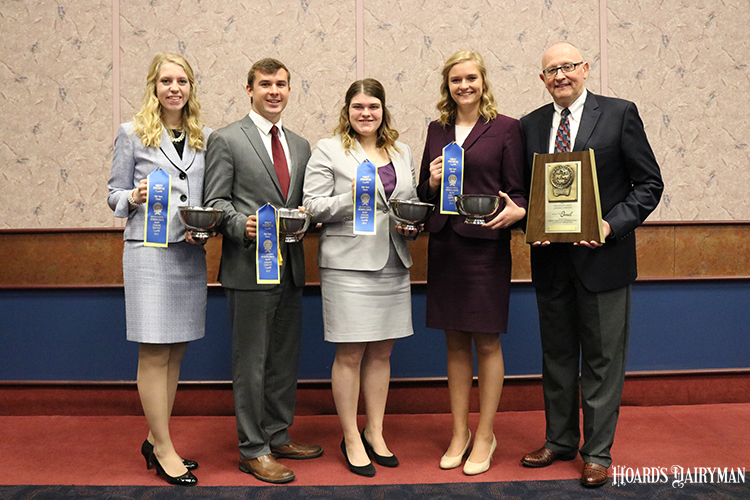 University of Wisconsin-River Falls secured the second place finish over Oklahoma State University by 17 points. UWRF had an impressive day with three in the top 11 individuals. That list included Clint Irrthum (5th); Kaila Wussow (8th); and Erica Helmer (11th). Matt Kramer rounded out their team that was coached by Steve Kelm.

The University of Wisconsin–Madison and Iowa State completed the top five in a field of 13 teams. 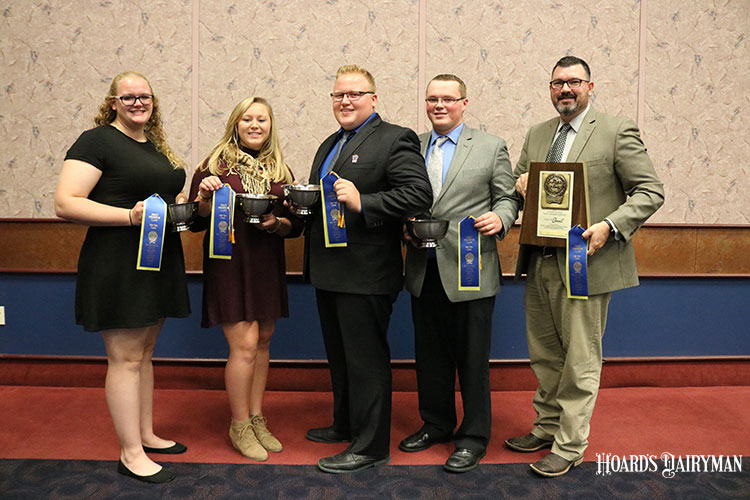 As per tradition, George Heersche, University of Kentucky, entertained breakfast banquet attendees, as he announced the awards ceremony. 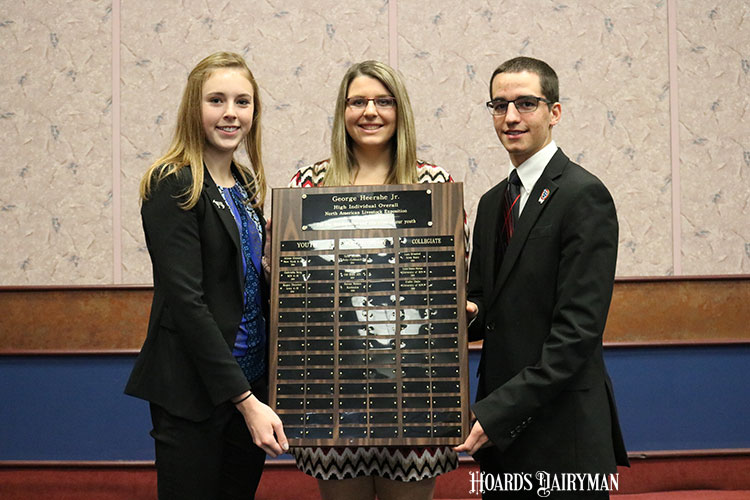