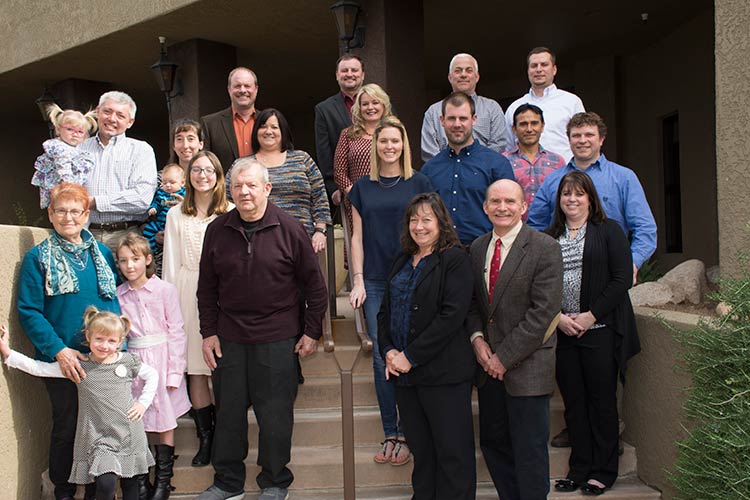 Producing high-quality milk is a culmination of several factors including attention to detail, analyzing key data, and communication with your milking team. While a low somatic cell count and low bacteria levels are important components, it is not the only selection criteria that determines the National Dairy Quality Award winners.

Others areas of importance include milking routine, systems of monitoring udder health, treatment protocols, and strategies for overall herd health and welfare. This is the 25th year that the National Mastitis Council’s National Dairy Quality Awards program has been recognizing the very best milk quality producing herds in the United States.

The process begins when herds are nominated by professionals who serve the dairy industry including milk cooperatives, extension staff, or veterinarians. This year over 120 applications were screened and 62 semifinalists were selected. Those herds were then asked to supply additional data to determine the Platinum, Gold, and Silver winners.

Platinum winners were invited to the National Mastitis Council’s annual meeting, which was held in Tuscon, Ariz., on January 30 to February 2, 2018. The winners attend a breakfast where they can network with the other top producers. Later in the day, they are formally announced at the NMC luncheon where nearly 400 are in attendance.

The NDQA program is made possible through sponsors who value producers’ commitment to producing quality milk. The 2017 NDQA sponsors include Boehringer Ingelheim, major sponsor, with contributing sponsorship from GEA, QualiTru Sampling Systems, IBA, and Ecolab. Hoard’s Dairyman and the National Mastitis Council are also vital to the program’s ability to honor these herds.

Below is a collection of images from the annual meeting along with award winners. Hoard’s Dairyman Managing Editor Corey Geiger and Wendy Clark, Hoard’s Dairyman marketing manager, attended the event and made the award presentations.

Each year, Hoard’s Dairyman interviews these top herds for the Milk Quality Round Table article that is printed in each January 10 issue. The 2018 nomination forms will be printed in the July and August issues of Hoard’s Dairyman and will later be available on the NMC website.