In 2018, the Junior Holstein Show and Merle Howard Award both turn 15 years old. 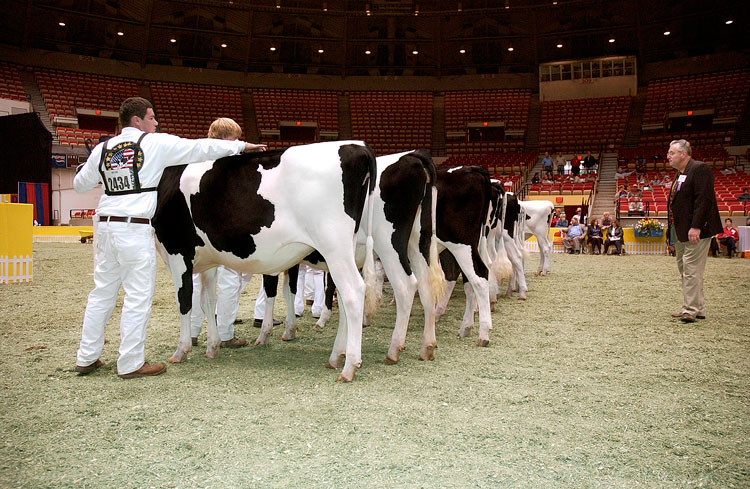 Before and after: The International Junior Holstein Show turns 15 in 2018. From the very first show to the last, the heart of this show has been giving youth the chance to compete and develop as showmen.

Juniors have been an important part of World Dairy Expo since its inception. However, 15 years ago, that commitment was taken to a new level when the International Junior Holstein Show became a stand-alone competition. Today, it serves as the kickoff show at the beginning of Expo week, keeping the colored shavings busy on Tuesday morning.

The show debuted as an opportunity for young people to display their animals and compete in an environment where they received more one-on-one attention.

The first judge of the International Junior Holstein Show, Ken Empey, summarized the importance of the addition of the show during his final reasons at the 2004 show. He said, “So often the junior exhibitors don’t get to hear any reasons if they place lower in the open class. Also, when there are only juniors in the showring, we can work with them more on show procedure. I think this is a great addition to the show.”

At the first show, 50 Jerseys were exhibited alongside the Holsteins, but scheduling conflicts caused Expo to merge the junior Jersey show back into the larger open Jersey show the very next year.

In the 15 years since that first show, the juniors have grown and changed, as has the quality of the show. Paula Bovre and her husband, Rick, have served as superintendents of the show for the entirety of its existence. She summarized its growth.

“It’s been great to see all the kids who have gotten involved and the growth in the quality of animals that are being shown as genetics have improved in the breed,” she said.

In 2004, 138 Holsteins were exhibited in the Tuesday show. That number has continually grown since, with a record-setting 270 animals parading across the shavings last year. The graph shows the ebbs and flows of youth participation.

The year 2004 was also the debut of the Merle Howard Award. The recognition, which acknowledges a junior who excels both in the showring and as a leader, was first awarded to California’s Robert Teixiera. Since then, eight young men and six young women have been honored.

The Merle Howard Award is given in memory of the 1954 Klussendorf winner, a longtime World Dairy Expo volunteer and National Dairy Shrine board of director member. 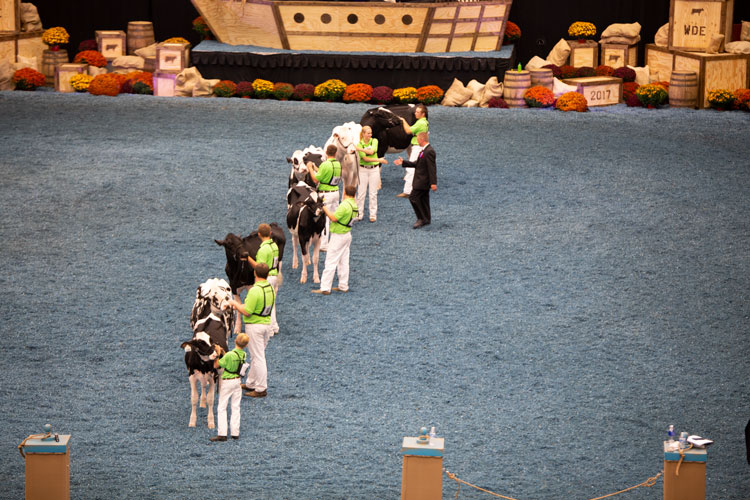 “We will continue to focus on providing an enjoyable and rewarding experience for all of you,” Bovre said regarding the next 15 years of the junior show. “A positive experience for that group is so important because you want the kids to have a good experience and come back.”

This year, you can catch the International Junior Holstein Show on Tuesday, October 2 beginning at 7:15 a.m. The Merle Howard Award will be bestowed during the Holstein 4-year-old class on Saturday. 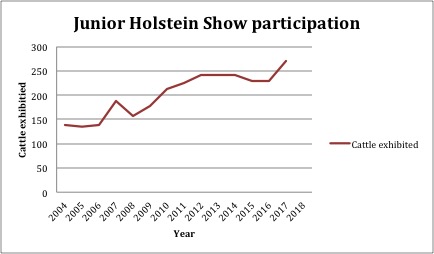