The 6-year-old took home Grand Champion in the Holstein Show. 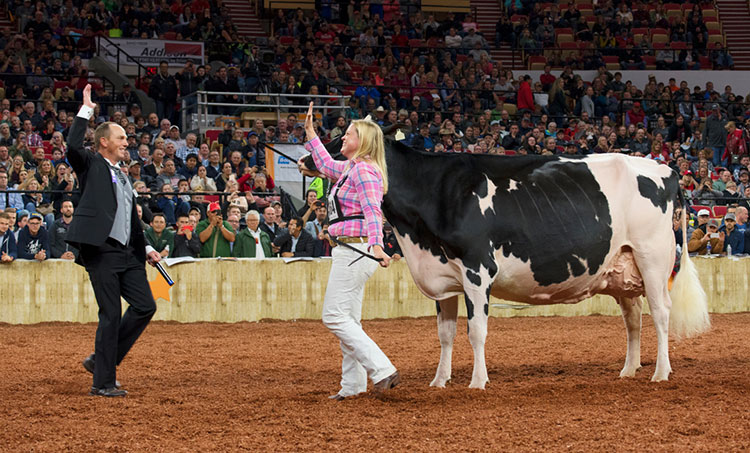 The Grand Champion is chosen!
During the Six-Year-Old and Older Cow Class the collective Coliseum audience held their breath as Judge Carl Phoenix motioned for the cow in first to pull to a stop and the cow in second to pull side-by-side. At that moment, the cow in second was Jacobs Lauthority Loana exhibited by Ferme Jacobs and Pat Conroy of Cap-Sante, Quebec, Canada. Phoenix took another look and tapped Loana ahead to first place in the class and that’s where she stayed the rest of the day.

“Two beautiful cows we have before us. When you get these cows on the move, I prefer the slope to the rump on this cow in first,” said Phoenix during his reasons in the Six-Year-Old and Older Cow Class. “She has a little more height and pop to her rear udder.”

Loana, an Excellent-96 point cow, was just getting started as she was next paraded across the colored shavings to earn the title Champion Bred and Owned. Following that she was named Senior Champion with Weeks Dundee Anika, the cow she beat in the Six-Year-Old and Older Cow Class, was named Reserve Senior Champion and Reserve Grand Champion of the Holstein Show. She was exhibited by Milksource Genetics LLC of Kaukauna, Wis. 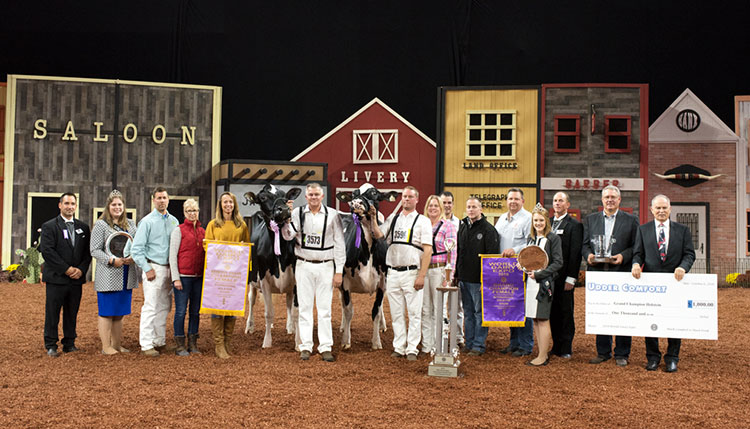 For the second year in a row, Ferme Jacobs was the Premier Breeder. Milksource Genetics LLC was named the 2018 Premier Exhibitor.