As an industry we are always looking for more ways to excite and entice the next generation to be involved in the dairy industry. 4-H and FFA programs are a base of education and exposure. The next step is to bridge those youth activities with dairy involvement in the real world.

Don’t misunderstand my next few statements. Showing cattle at the county fair is real world, but it is not part of how the majority of dairy farms operate. Youth experience caring for an animal, patience in training it, and overall responsibility. Judging dairy cattle builds decision-making and public speaking skills. And, all are competitive, which has life-long implications.

But, what about implementing dairy knowledge that gets used daily on a farm?

Recently, I was exposed to two youth competitions that are more management-focused. The first was at the All-American Dairy Show in Harrisburg, Pa. The National Junior Dairy Management Contest has many aspects of a working operation. Fifty-eight young people from five states participated in the 32nd Annual contest this year. 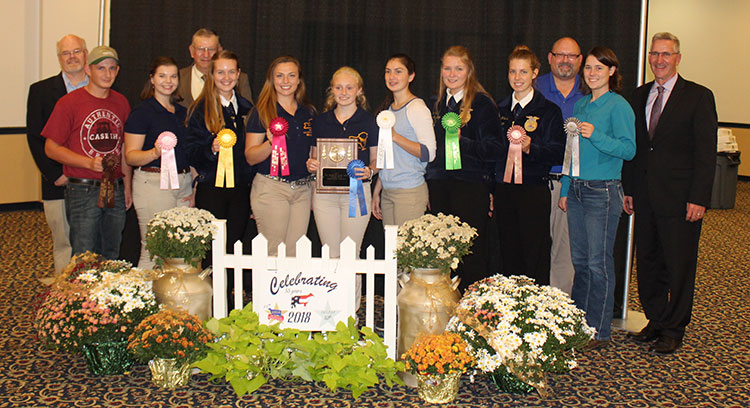 Youth judged one class of cows and completed linear evaluations. This judging and evaluation component could spur an interest in a student wanting to pursue a career as a herdsperson, classifier, mating specialist, or producer.

Another segment was farm financial records. The content changes yearly, but questions revolve around understanding a balance sheet, calculating financial ratios, and farm business structures. Young people who like math may find this portion exciting and find careers in ag lending.

Students, both 4-H and FFA, worked independently to answer questions in these six areas, worth a total of 600 points. Then, the top five individuals were interviewed and that score was added to the written scores they received earlier in the day. The interview covered three dairy-related questions about animal care, farm protocols, and consumer confidence. But, those, too, change each year. The overall winner earned $1,000, which was awarded to Danielle Herrick of New York this year.

Similarly, a regional contest, Cream of the Crop Dairy Challenge, was held the following week in southeast Wisconsin. It looked at eight management topics areas, but this time students worked together as a team to answer questions, as there was not an individual competition. 4-H and FFA members were invited to participate.

They evaluated DHIA records and answered questions on the reports. The nutrition portion included reading a feed label and determining what feed it was based on the nutrients listed.

Portions also covered registered and commercial heifer selection, linear scoring, and sire mating. Contestants evaluated pedigrees and answered questions on the material presented. They evaluated live animals and determined if which (if any) of the animals presented should be purchased based on their pedigree, physical characteristics, performance, and at what price.

Marie Haase competed at both events. Since I had not attended the event in Jefferson County, I asked her about that competition

“I really liked the contest. It had more application to the real world because my teammates all expressed their opinions before we made a decision. On a working farm you get input from others. There was a lot of team interaction among the four of us; that was the best part!” she shared.

Ten teams competed in the Cream of the Crop Dairy Challenge and nearly 40 students took part in the 8th annual event held at the National Dairy Shrine Museum in Fort Atkinson, Wis. The winning team was from Polk County 4-H in northwest Wisconsin. 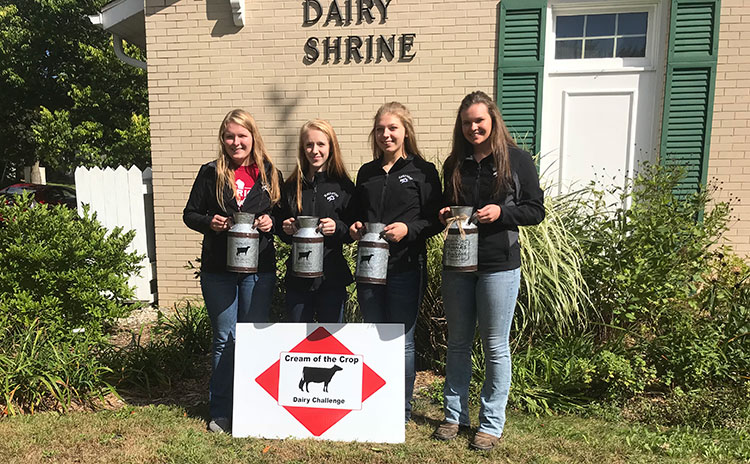 So, the trend to utilize more hands-on applications in youth contests has spread. The ultimate goal is to expose young people to the dairy industry in an engaging way and hopefully prepare them well for future careers.