There is room for optimism in 2019

Trends for the dairy economy show signs of hope. 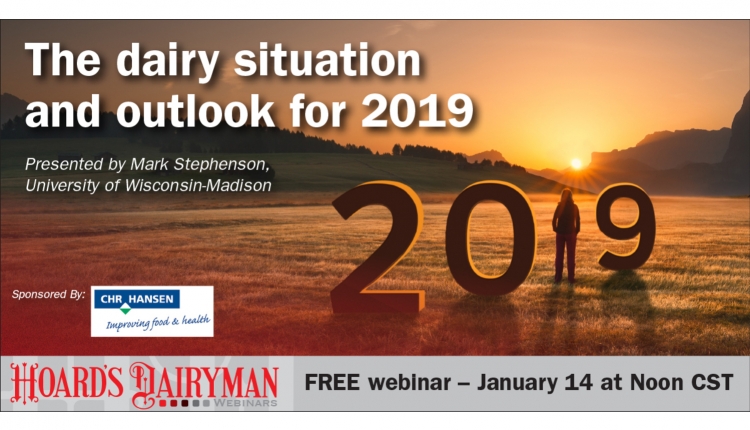 They say that past performance is the best indicator of future results. While that may not always hold true, University of Wisconsin-Madison dairy economist Mark Stephenson evaluated trends to help shed light on the economic outlook for dairy producers in 2019 during the January Hoard’s Dairyman webinar.

“Currently, the general economy has been strong,” he said, noting the low unemployment rate. The mindset of consumers is often tapped to get an overall feeling of the financial outlook of the country. Consumers generally have a good sense about their current standing. When things were extremely challenging around 2009, the present and future outlooks were both at ultralow levels. Since then, those numbers are on a positive trajectory. However, consumers are starting to be a bit more conservative with spending.

When looking at the All-Milk price history, 2010 saw prices in the $14 range and 2014 saw them at $25. However, from 2015 to 2018 it has showed continually low prices, hovering around $16. The concerning point is that the current prices have persisted for a long stretch of time.

“If exports could reach 17 to 18 percent consistently, that would help. It is a realistic goal,” shared Stephenson. The US Dairy Export Council’s goal is to export 20 percent of milk produced domestically. But, the foreign countries need the financial ability to afford dairy products.

One trend is obvious — the number of dairy farms continues to slide. In 2018, the rate advanced from a typical 4 to 5 percent annual loss of Wisconsin dairy farms to the current 7.5 percent exiting the business. Cow numbers seem to have plateaued as of late, but total milk output is still ahead of previous years’ cycles. “We are losing farms, but not the capacity to produce milk,” shared Stephenson.

When it comes to consumption, “Fluid milk sales are in a tailspin,” remarked Stephenson. “That steep decline began in 2010 and continues today. But, there is a bright point. It’s not all bad news. We are eating our milk,” explained the policy analyst. He was referring to the per capita consumption of cheese, which is now over 37 pounds per U.S. citizen.

There are international markets that could be tapped. Chinese citizens currently only consume a little bit of cheese — one-fifth of the world average. And, with their large population, that is a market to explore. Unfortunately, trade negotiations are challenging.

Stephenson had this final comment, “We are going to see milk prices improve.” The skim milk powder inventory in the European Union will decline, trade deals will be negotiated, and Class IV milk (dried milk) is trending higher. The impact will not be immediate, but he is hopeful that we are heading in a positive direction with a projection of the All-Milk price to be $1.15 higher in 2019.

There is a wealth of charts and data in his presentation that can be found on the archived presentation. Chr. Hansen sponsored the webinar titled “The dairy situation and outlook for 2019.” Past webinars can be found at hoards.com/webinars. 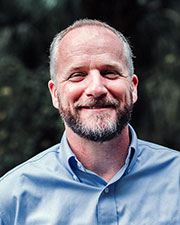 Heat stress during late gestation has significant negative effects on the productivity of the cow in the next lactation. Emerging evidence suggests that the developing fetus is also negatively impacted, with lower milk yields in the first lactation and beyond. The webinar is sponsored by TechMix. Register at on.hoards.com/New-web-signup.

A showring recap from a 4-year-old
HD Notebook
Related to:
HDN, webinars
In HD Notebook