Now’s the time to prevent winterkill

Time of final alfalfa harvest and handling of fields this fall will set them up for next season. 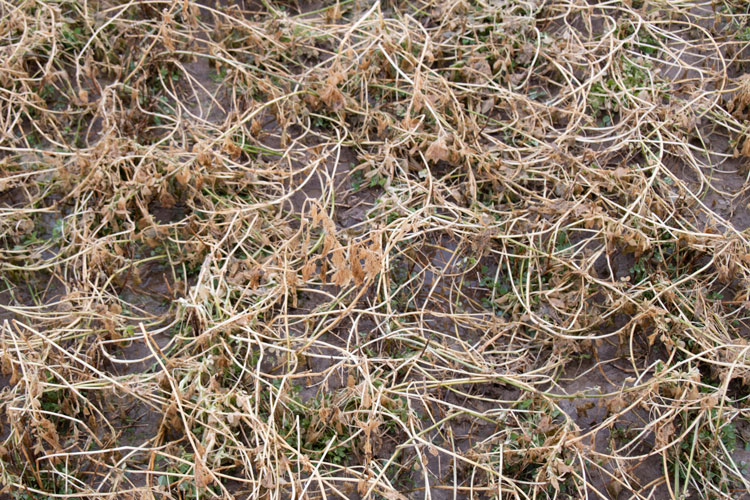 This year’s forage production, particularly the alfalfa crop, has been scarred by 2019’s volatile weather. It began with major levels of winterkill in the Midwest and Northeast and has continued as dry hay has been difficult to get up between rain showers. With this in mind, decisions surrounding forage harvesting this fall must balance both the need for additional forage with the responsibility to prepare fields for next spring.

“The most common recommendation is to do the final cut by the end of August,” the plant scientist suggested. If you have enough forage mass for the year, this is a great benchmark to follow. That means that final cut occurs this week.

However, for producers attempting to squeeze one final cutting in for the season, Berti shared that options do exist for a later cutting.

“Cut after the first frost when temperatures are cool enough to prevent new regrowth, typically after October 15, but this varies by location and seasonal temperatures,” she wrote. “A fall harvest, if done timely, will not kill alfalfa, although it is likely it will delay the first cut next season and may decrease forage yield.”

The October harvest does not kill alfalfa because at that point, the alfalfa will not begin regrowth. Berti explained that the bare crown will tolerate soil temperatures down to 10 to 15°F. With snow cover, those crowns will endure colder air temperatures as the snow provides insulation. She does acknowledge that stubble greater than 6 inches will help to insulate the alfalfa crowns further.

Two main considerations to keep in mind next spring when anticipating winterkill is ice sheeting and wet falls. Berti explained that both are highly correlated with winterkill. Ice sheeting, especially ice sheeting that lasts longer than 3 weeks, prevents proper air exchange and causes a buildup of toxic compounds in the alfalfa plant.

Additionally, stand age, variety, soil moisture, fertility, and snow cover impact the likelihood of winterkill. All should be considered as forage decisions are made this fall.