Go home and love your family

Whether you are happy with the election results or not, families and farms are what really make a difference in this world. "If you want to bring happiness to the whole world, go home and love your family." This is a message that holds true always, but especially now!

I wrote this post on the eve of Election Day. I don't really want to talk about politics, and I'm not going to divulge who I plan to vote for. That is not the point.

The country is divided now more than ever before. We want change in America! Prior to this election, I'd pop on social media and truthfully, I’d hop off quickly — all I would see was griping about this person or this issue. Really, it made me want to say, "Peace out, Facebook."

Regardless of who is our 46th President of United States, the sun will rise and the sun will set. The cows will get milked, and the corn will get harvested. Breakfast will be made, and the dinner table will be set. Yes, political arguments will happen — hopefully less on social media and more constructive ones on Capitol Hill. Differences represent our liberty. 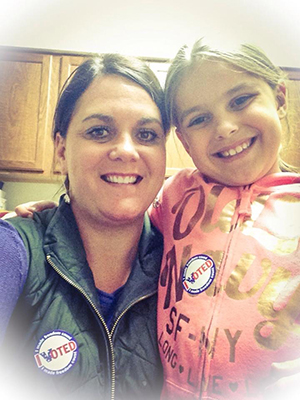 This picture was taken a few years ago after Cassie and I waited in line together to vote.

I often wonder what advice my late parents would offer in a time of such divide in our country. Who would Bob and Michelle Davidson vote for? Many times as I was growing up, my parents did not vote for the same president, kind of canceling out one another's vote. Yet, they stayed married for more than 45 years despite their political differences. Crazy how in 2020, people will now unfriend someone on Facebook because they vote for someone different than them.

One of our most important rights as American citizens is the right to vote. During John F. Kennedy's inaugural address, which my mother attended with her father, Vice Admiral Damon W. Cooper, the 35th President said, "Let us never negotiate out of fear. But let us never fear to negotiate."

Bob and Michelle Davidson would also strongly agree that if we want to make a difference in this world, do what Mother Teresa says: "Go home and love your family." And, really that is what America's dairy farmers have done all along, regardless who was in the Oval Office. Generations after generations of farmers have plowed deep values of commitment, hard work, strength, resiliency, faith, and love into the world. Dairy farmers finish milking cows and then head to town to represent their community on issues and events that are close to their hearts. Let's continue to rise up — the world needs to hear from the 2% of Americans who put food on the table.

Let this election and this great political divide in our country empower you to continue voicing your opinions on pertinent topics — in your home and in your community. Communicate, yes, but more importantly, really listen to the other side because that is how our great divide will narrow and that is how tomorrow will become better.

We are thankful
HD Notebook
Related to:
HDN, rural America
In HD Notebook 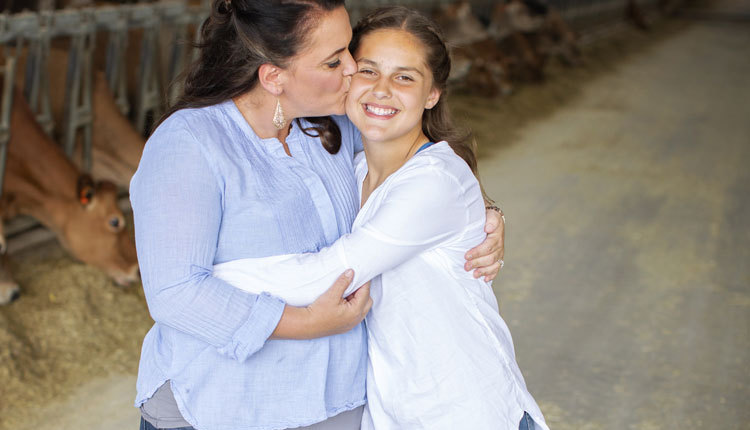 HD Notebook
Pause and give thanks this Thanksgiving

HD Notebook
Welcome to my farmhouse 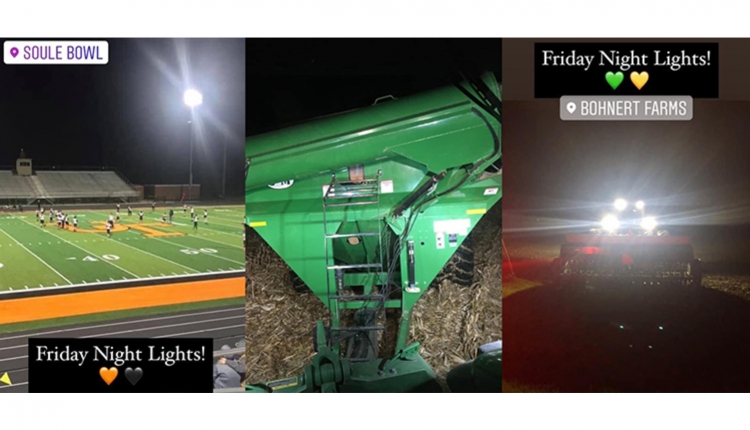