The 4-year-old cow from New York took top honors in the Junior Holstein Show on Tuesday. 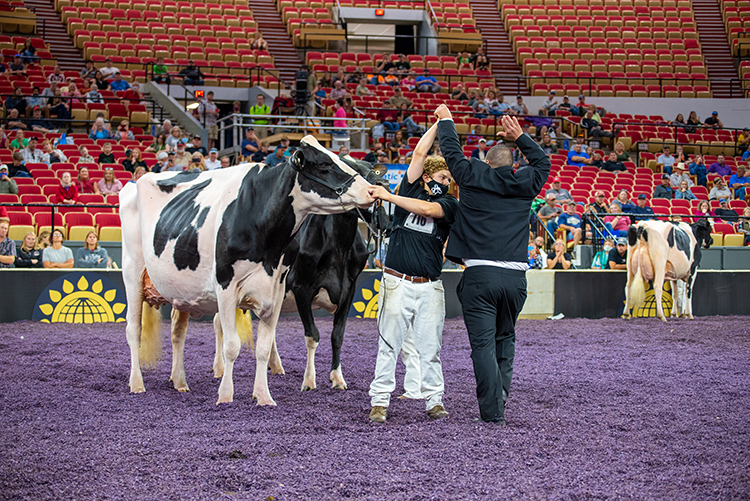 The end of a long day of classes and placings in the Junior Holstein Show Tuesday found a pair of Senior Champions in the center of the ring. “Taking nothing away from the cows back in the barn, these two cows out here, our Senior Champions, you don’t find udders like that every day. You can drive a lot of miles, a lot of miles, to find udders like that,” Judge Brandon Ferry said in the description of the pair that went on to be named Grand Champion and Reserve Grand Champion of the show.

Judge Ferry and his associate judge, Tyler Reynolds, loved the style, balance, and strength of udder attachments on the winning 4-year-old cow, Tusc-Vu Avalanche Cali-ET exhibited by Isaac Folts of North Collins, N.Y. It was the overall quality of frame and texture to the mammary system that gave the winning production cow — Gamblin Armani Glade — the nod as Reserve Champion and Reserve Senior Champion. The long, black production cow was exhibited by Baker, Hovden, and Rueth of Maynard, Iowa. 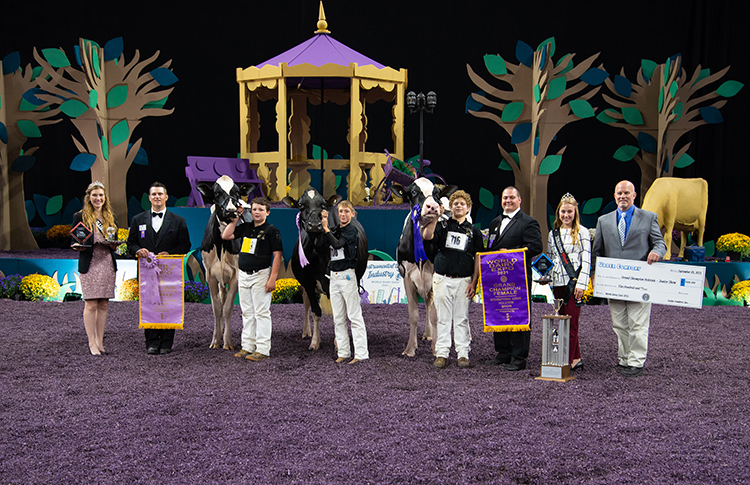 The Intermediate Champion of the show was also tapped as Honorable Mention Grand Champion. That individual — Hobby-Hill Denver Elizabeth — was exhibited by Gracin and Chesney Speich of Orfordville, Wis. She was the winning Junior Two-Year-Old Cow and was also named Champion Bred and Owned of the Junior Holstein Show.

“That beautiful 2-year-old. She is a cow that I think has a big future ahead of her,” Ferry said of the Intermediate Champion. “She’s so feminine and quality, beautiful and modern, and with a beautiful foot and leg.”

In total, Ferry and Reynolds lined up 228 head of junior exhibitors in what Ferry described as an incredible Junior Show worthy of a standing ovation.

Footloose danced to the top of the Holstein show
By Maggie Gilles, Kansas dairy farmer