Shakira shimmies to the top 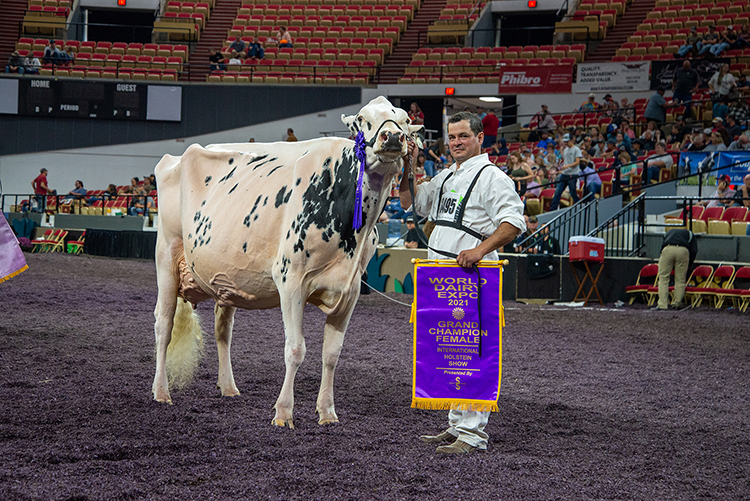 The white cow reigned the purple shavings when the International Holstein Show reached its finale on Saturday afternoon.

“This cow has an incredible udder, such a long frame, and a great set of feet and legs,” Judge Mike Berry of Powell Butte, Ore., said about his Grand Champion. It was that advantage in feet and legs that gave her the edge over the winning 4-year-old, who Judge Berry and his associate, Tom DeGroot of Rosedale, British Columbia, made Reserve Senior and Reserve Grand Champion. That cow was Oakfield Solom Footloose-ET exhibited by Duckett Holsteins, Vierra Dairy, and Abbott of Rudolph, Wis. “These are two incredible cows you just love the mammary systems on,” Judge Berry shared. 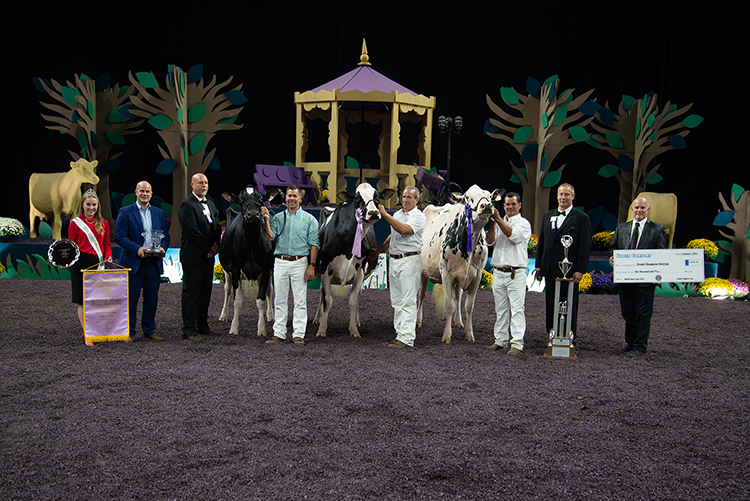 The champion Bred and Owned cow was the first place 5-year-old, who was also pulled out for Senior Champion. Ms Beautys Black Velvet-ET was exhibitied by Duckett Holsteins, Vierra Dairy, and Triple T of Rudolph, Wis.

Reyncrest Farm of Corfu, N.Y. earned both the Premier Breeder and Premier Exhibitor awards in the heifer show. The Premier Sire was Brenland Denver.

HD Notebook
All of your Cow Judging Contest questions will soon be answered
...
comments powered by Disqus