When adjusted for inflation, the 41-year trend for producer prices is awful.

Ridiculous of course, yet the effective buying power that U.S. dairy producers have had for over 20 years has been even less when Class III prices are adjusted for inflation back to 1970 values. Here's something even more ridiculous: effective prices have occasionally been closer to $2. 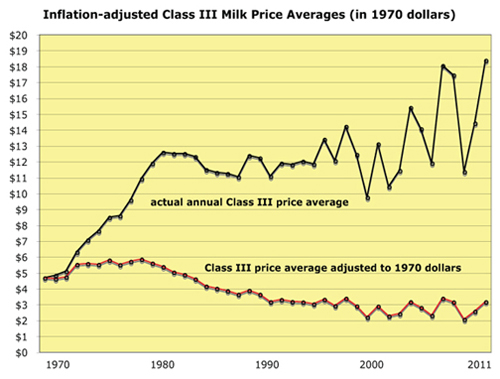 Of course, some prices have failed to keep up with inflation. One is incredibly frustrating to producers; others are a relief: